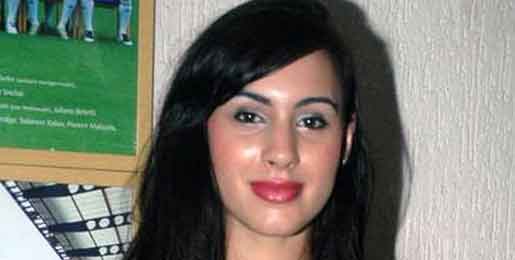 Model Deana Uppal, who was earlier seen in reality shows like "Big Brother" in Britain and Rohit Shetty-hosted "Fear Factor: Khatron Ke Khiladi" in India, will now be seen as a British girl in "Yeh Hai... India".

The Indo-British model told IANS: "Director Lom Harsh approached me for 'Yeh Hai... India' and I got fully intrigued by his gripping script. As soon as I heard the narration, I knew I had to be part of this project. I feel the film has serious potential and scope to achieve success. Even people from abroad will love the film."

Talking about her role, she said: "I play a British girl who goes to India for the first time. She is sceptical about going to India and has several misconceptions about the country. She thinks India is shabby and polluted, but her visit to the country and her interactions with people and situations completely transform her opinion. Eventually, she falls in love with India."

"Yeh Hai... India" will be jointly directed by G.K. Yogesh and Lom Harsh and jointly produced by Lom Harsh and Sandeep Choudhary under the banner of DLB Films Pvt Ltd.

Deana, who is born and brought up in England, says the positive aspects of India will be shown in "Yeh Hai... India".

"I've had amazing four years here since I moved from England to India and I feel privileged to be able to show India's brilliant achievements in the film," she said.