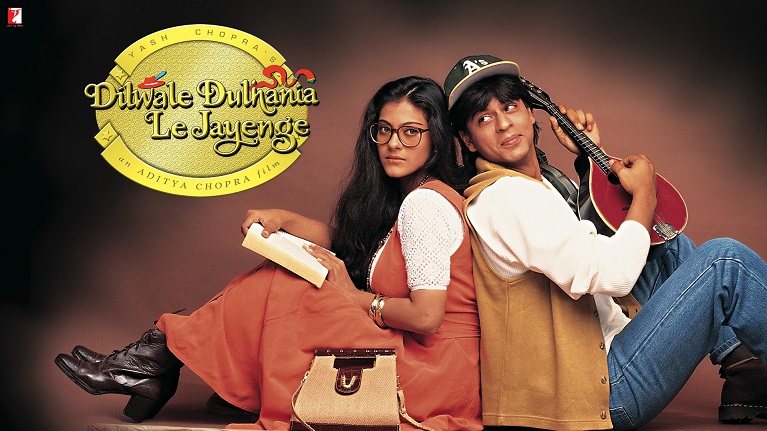 "The best film in the world", "all time favourite romantic sagas", "magical", "epitome of romance" are some of the words that celebrities like Anupam Kher, Shraddha Kapoor, Ayushmann Khurrana and Riteish Deshmukh have used to mark the 20 years of Bollywood's cult classic "Dilwale Dulhania Le Jayenge" (DDLJ).

Many other Bollywood celebrities including Parineeti Chopra, Nimrat Kaur, Arjun Kapoor and Kriti Sanon took to Twitter to express their feelings about "Dilwale Dulhania Le Jayenge" and its 'iconic jodi' Shah Rukh and Kajol, who will next be seen together in Rohit Shetty's "Dilwale".

Here's what these celebrities have tweeted:

Anupam Kher: 20 years have passed since DDLJ was released. I can still watch it any number of times. That is the magic of this film.

Shraddha Kapoor: We need more movies like #DDLJ to be made!!! 20 years of one of my all time favourite romantic sagas! #DDLJ!

Parineeti Chopra: The best film in the world directed by the best human being in the world!!! #DDLJ #Adi @iamsrk It was the first film I ever watched.

Sujoy Ghosh: 20 years and I am still in love with DDLJ.

Nimrat Kaur: Can't have enough of #DDLJ, never possibly will. So adorable to see @iamsrk and @KajolAtUN treat the eyes again.

Arjun Kapoor: 20 years back we got our own superheroes Raj and Simran...They made us believe in the power of love...What a film.

Kriti Sanon: I remember saying out the dialogues while watching this! It was like reliving DDLJ all over again! How cute are you two!

Surveen Chawla: The epitome of romance; the couple that defined love THEN ,NOW and FOREVER @iamsrk #Kajol #DilwaleDulhaniaLeJayenge.

Milap Zaveri: #DDLJ and then #KuchKuchHotaHai were the reasons I became a writer and wanted to make films. 20 years later I'm glad I chose to follow my dreams.

Kunal Kohli: @iamsrk Wow. The chemistry you and Kajol have is magic. Truly an all time great jodi. Fuel for die hard romantics like me.

Kanikka Kapur wouldn’t mind crossing borders to keep her ...
a minute ago

Akshay Oberoi to portray a grey character in his upcoming ...
3 minutes ago