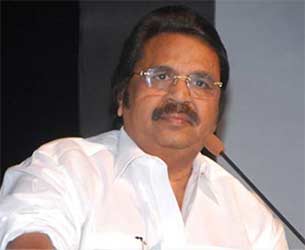 Ace filmmaker Dasari Narayana Rao has acquired the Telugu remake rights of Tamil comedy drama "Manjapai", which is currently going strong at the box office. The cast and crew is yet to be finalised.

Directed by N. Raghavan, "Manjapai" explores the relationship between a grandfather and his grandson.

"Dasari sir really liked the film when he recently watched it. He particularly liked the grandfather-grandson relationship and felt it would be apt for a remake. He plans to rope in a new director, but nothing about the cast and crew is confirmed yet," a source close to Dasari told IANS.

While the critics panned "Manjapai", the movie buffs seemed to have loved it for the family sentiment. As a result, in its opening week "Manjapai" raked in over Rs.5 crore at the box office.

Vemal, Rajkiran and Lakshmi Menon played the lead roles in the film, which was produced by Thirrupathi Brothers.