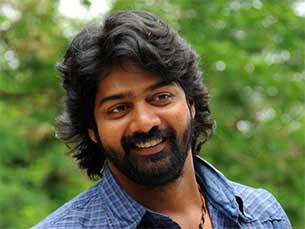 Southern actor Naveen Chandra dared to something in upcoming Tamil thriller "Sarabam" not many actors would be willing to do. He gave eleven shots for a scene that required him to be hung upside down from the twelfth floor of a building.

Although he was nervous to do it, the high of being an actor and pulling off such a daredevil stunt excited him.

"I'm hung upside down in this particular scene from the twelfth floor of a building. Doing such scenes once or twice is fine, but I had to do it eleven times and it was physically exhausting. Even though I was nervous to shoot, I was equally excited to experience all this as an actor," Naveen told IANS.

"I wouldn't even dare to such stunts if I was not an actor. Since I'm an actor, I could pull it off with appropriate safety measures. When I was hanging upside down, it felt like the earth was under my head and the sky at my feet," he added.

Naveen plays an architect in the film and was asked to shed some weight for the role.

"This time I'm playing an urban character and my director wanted me to shed weight. I have always sported thick beard in my roles because it has been my identity since my first film, but I have trimmed it in this film because my director wanted a chic and sophisticated look," he said.

Meanwhile, Naveen has signed another Tamil project with C.V. Kumar. This yet-untitled film will go on floors in June.