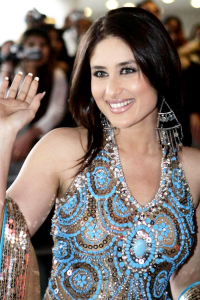 Move over Khiladi Kumar, there's a new daredevil in town! The lovely Bebo surprised her cast and crew when she insisted on doing her own stunts for the opening sequence of Golmaal 3.


While the female counterparts of B-town are known to step up to the challenge occasionally, they do try to avoid the more riskier stunts. Kareena, however, showed unusual enthusiasm about standing over the bonnet of a moving car.


Despite being harnessed, it was a difficult shot as the actress had to keep her balance whilst maintaining the appropriate facial expressions of her character at the same time. The car (driven by director Rohit Shetty) was also going at a considerable speed and taking turns.