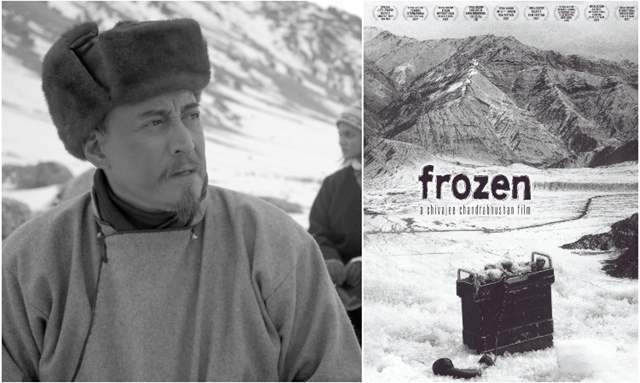 A great hero needs a great villain, goes a popular saying. In Bollywood, all you need is Danny Denzongpa - Known for his special brand of villainy roles, Denzongpa has often played the antagonist but is also known for his positive roles in movies like Frozen, Naam Shabana, Bioscopewala, Baby, Fakira, Kalicharan and many more. The seasoned actor is now excited for the showcase of his movie 'Frozen' on 25th February as the opening film at the Bandra Film Festival because it also marks his 73rd birthday !

The film, which has in its cast Danny Denzongpa, Gauri, Shilpa Shukla, Angchuk, Anuradha Boral and Yashpal Sharma, explores the journey of a father and his son and daughter, seen through the daughter’s eyes, which is going to be in the public View, being recognized, watched and appreciated again on Bandra festival as the opening film.

Talking about his character and working on Frozen, he said, “It was an adventurous and pleasant experience shooting in Ladakh in the dead of winter! My father was one of the head monks in a monastery in Sikkim. Living and observing him helped me portray this character very easily. The body language, chanting mantras and praying all have come from him. The slight Ladakhi accent came from my local speech teacher and interactions with the local assistants and crew members.”

Talking about the Bandra Film Festival, he stated, “It's great that there is this platform, it's like a Hidden Gem which showcases cinema from the past that now the people can watch"

A Filmkaravan and Youtube collaboration, 'Bandra Film Festival' (BFF 2021), is a platform to showcase films made by prolific filmmakers in the past years, emerging talent and innovative content creators. Recently, BFF released the trailer of Frozen highlighting the film will release on 25th Feb 2021 on Danny Denzongpa's Birthday. Bollywood actor Abhay Deol, who is known to nail each character he plays in his films, is on the advisory board of the Bandra FIlm Festival. He unveiled the trailer of Frozen & Uss Paar, on his Instagram handle recently.

Zareen Khan spotted at Bandra, Gestures Papz to not click her: Photos ...