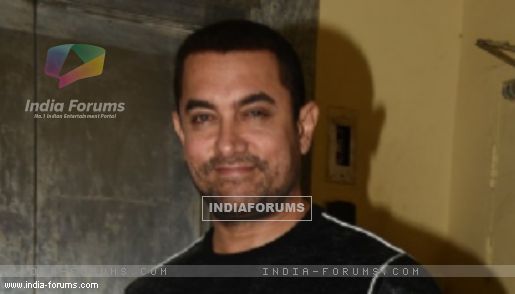 Superstar Aamir Khan, who turned 50 on Saturday, is very excited about his forthcoming film "Dangal" and says he is looking forward to this "out-of-the-box" story. He added the film has different layers to its characters.

"'Dangal' is a very unique and 'out-of-the-box' story. I am very excited for it," Aamir told reporters here Friday during his pre-birthday celebration with the media.

"It is a story of a father, his two daughters and the relationship between them. There are different layers in it," he added.

The 50-year-old is busy preparing for his role of a wrestler in the film. He is not only learning how to wrestle but also how to speak Haryanvi.

Meanwhile, there are reports that actresses Taapsee Pannu, Kangana Ranaut and Akshara Haasan have been signed to play Aamir's daughters in the film. However, the actor refuted the rumours and said," All the names that have come out are all rumours. Casting is still being done".

"Dangal" is set to go on the floors in September.