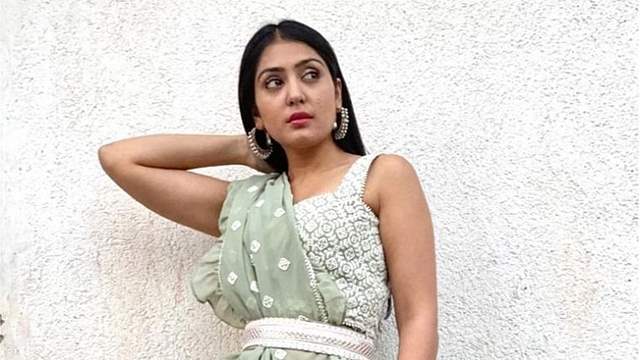 Anjali Tatrari who is seen in the role of Sargam, in Sony TV’s recently launched show- Sargam Ki Sadhe Satii, is a multi-talented personality. She has been proving her mettle on the silver screen since her first show; Mere Dad Ki Dulhan and soon landed a lead role with Sargam Ki Sadhe Satii. Sargam is a woman stuck in the Awasthi madhouse with seven and a half men. In the latest video on her social media accounts, Anjali is seen dancing like a pro.

While talking about dance Anjali shares, “Dancing makes me happy. We have a hectic shoot schedule and often we do not get time to focus on our fitness. It is very important to maintain a healthy lifestyle by not just eating healthy but by including some kind of workout in our routine. It is ideal to focus on physical as well as mental fitness so that our work-life balance is maintained.” Further, she shares, “I am a trained Kathak dancer and I enjoy freestyle dancing. Dance is the best stress buster for me and helps me concentrate on my work better. I try to take out at least half an hour daily to dance and feel happy.”