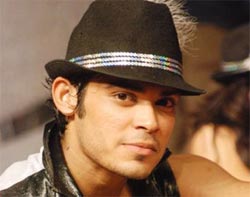 According to our source, "It was again Dharmesh Yelande who got the highest junta votes. Shakti Mohan secured the second highest while Punit Pathak was third, followed by Binny Sharma. To the shock of one and all, it was the talented dancer Amarjeet Singh who was ousted from the contest this week".

This week, the challenges were thrown in by Geeta Kapoor. "Shakti got to perform Kathak while Punit did Bharatnatyam. Binny was asked to do Bhaavatam, while Dharmesh danced on a Marathi song. Amarjeet performed on a number where he was seen doing pooja for the well being of his parents. It's heard that the guy even kept a vrat for this particular performance", informs our source.

Saturday's episode will see the contestants performing solo. The celebrity guest this week will be the fabulous dancer herself, Helenji.

With this, the stage is set for the top four contestants Dharmesh Yelande, Shakti Mohan, Punit Pathak and Binny Sharma to fight it out. The Grand Finale of Dance India Dance Season 2 will be held on April 23rd.

crez_lrl 10 years ago First Amrita, now Amar. It's so sad how these talented dancers didn't get to be in the finale.

+ 3
10 years ago its really sad that he got out and that dharmesh got the highest votes though last week, his performance wasn't good at all. I thought mithun da would use his veto.....

+ 4
10 years ago When did The grandmaster plan on using his powers?

+ 2
10 years ago Awwww Amar deserved to be in the finals.....Feeling bad for him.....Happy dat Dharmesh has secured the highest votes....Hope this continues till the finale....All The Best D-Sir...

satwik-m 10 years ago such a bakwas show it is.amar is the most deserving candidate.when did mithunda use veto power.without using veto finals r going to happen.amar has given many beautiful performences.what binny has done?such a stupid show without any position for the dancers like amar.actually this show is going to miss a true dancer.waste show.<br/>this show is bakwaas,disgusting,rubbish,stupid,bekar,idiot,fake,mad show.<br/>dirty mithun should use veto.
amar u r the best.all the best to you.you will get good projects in future.

10 years ago He is undoubtedly one of the best dancers on the show, very talented and an amazing person. He should have made it to the final...Wish him all the best for his future, he has so much to look foward to post DID.... Best wishes to Shakti now, hope she does it for TKT =)