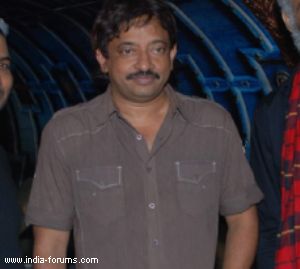 Ram Gopal Varma is all for item songs. The filmmaker says the item number "Dan dan cheeni" from his upcoming film "Department" is his best offering in the genre ever.

"Over the years, since 'Company', I have not been giving enough focus on the songs because I am doing very different kind of films. After 'Rangeela' and 'Khallas' songs, I think 'Dan dan' is the best item song. I think this is the best item song of my career," said Varma.

Varma acknowledges how important item songs have become nowadays, and believes they are like a moving portfolio for actors.

"I believe that item song is a moving portfolio. Many actresses feel that they will not have a career if they do an item song, but I think that is wrong.

"The way you do a layout of pictures for a magazine, item songs are moving portfolios," said the 50-year-old.

"Department" features Amitabh Bachchan, Sanjay Dutt and Rana Daggubati. It will release May 18.