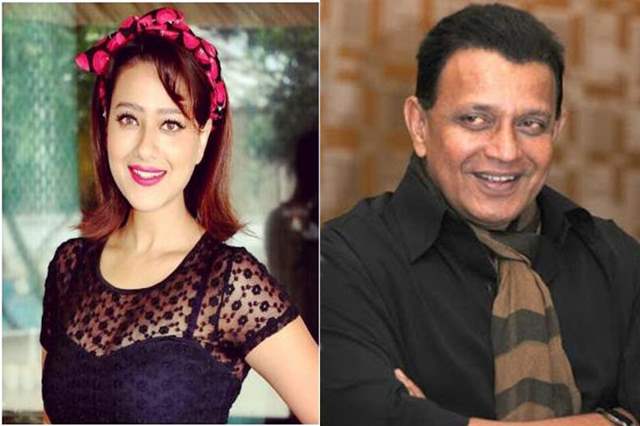 We are all set to begin a new inning for television specifically altogether where multiple shows are all set to return from next week onwards and shoots of these shows have already begun too.

Amongst this list is the much-awaited Rajan Shahi show, Anupamaa that was in the waiting for a while.

Probably the only show that has a bank of 20 episodes, the Star Plus drama starring Rupali Ganguly and Sudhanshu Pandey will begin airing next week. However, it witnessed a huge development where actor Additi Gupta, who was supposed to play the negative lead got diagnosed with coronavirus and hence got replaced by actor Madalsa Sharma.

Sharma, as we know is married to Mimoh Chakraborty thus making her the daughter-in-law of Mithun Chakraborty. So, in a recent conversation with SpotboyE, when she was asked about how husband and her in-laws reacted to news about her TV debut, she said, "Mimoh has always been supportive of me when it comes to work. Not just him but my father and mother in law too. Since the day I got married, they have always left the decision on me if I want to work or not. They always said if you come across anything and if you feel you want to do it you please go ahead. Still, when this offer came to me, I discussed with them and they were in complete support."

She even mentioned on father-in-law Mithun's take on her TV debut as she said,  "In fact, dad (Mithun Chakraborty) suggested that I try TV as he has been doing Dance India Dance for such a long time. He told me that TV exposure is bigger than films these days. Also, TV stars have a longer impression than film audiences. These days many films are releasing and you don't know the fate of the film. On TV every day you are performing and you have scope to show your talent every single day till the show is on-air."

Did Natasa and Hardik Accidentally Reveal Their Baby Boy’s ...
58 minutes ago