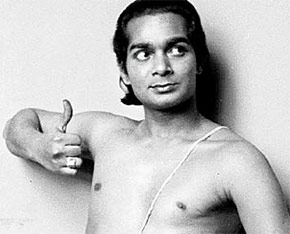 After a delay of 25 days, the restored digital print of "Kalpana" - noted dancer Uday Shankar's 1948 film on experimental dance - was finally handed over to its Indian restorer who will give it to the National Film Archives of India (NFAI).

The restored digital print arrived in India July 5, but was stuck at customs. It was finally delivered to Dungarpur Monday.

"Lack of proper documentation by the courier agency caused all the delay. I tried to sort it out from my side and these were a bad 25 days," Dungarpur told IANS.

According to Dungarpur, he provided all necessary paperwork including letters and documents from the NFAI but still there was a delay.

"Apparently, the customs department could not determine the section under which they could grant exemption of duty to the restored print," he said.

"Finally, the customs claimed a huge duty on July 17, which was paid by World Cinema Foundation. I also paid the separate octroi duty. All this for the print which will finally be in a government film archive," he added.

Dungarpur lamented that in spite of the restored print officially being the property of the Indian government, it was Scorsese who ended up paying the customs duty.

"It is frustrating to see the kind of treatment given to an object of national heritage," he said.

A customs officer told IANS: "There were some unresolved issues owing to which the department could not clear the release of the print. Hence, it was lying in the warehouse of the international courier agency UPS Solutions."

An official from UPS Solution Monday told IANS that it has obtained necessary clearances and that the shipment has been delivered.

"Kalpana" is considered to be a masterpiece by film antiquarians and dance historians alike who consider it to be an ode to experimental choreography.

The film was shown at Cannes this May after a painstaking six-month restoration in Bologna in northern Italy by Scorsese.