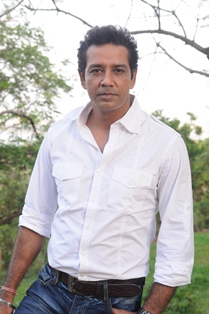 After bringing some heart wrenching cases on Sony TV, Crime Patrol is ready to show one more episode which brings an aspect with the impact of social networking websites on the young minds and how virtual realities have become a mindless obsession amongst the youths. The episode takes a look at this problem through the instance of 17-year old Harshita Amre from Kolhapur who befriended Feroz Shaikh (21) through a popular social networking site and fell in love with him without meeting him.

The virtual relationship between the two, continued for a couple of months and one fine day Harshita ran away from her home to be with Feroz at Pune. Feroz received Harshita at the station and took her to his friend Arun's room in a dingy chawl. When Harshita thwarted Feroz's advances to get physical with her, citing their not being married as the reason, Firoz bought a mangalsutra' and tied it around Harshita's neck. Harshita was so enamored with the entire situation that she did not realize that Feroz was a liar and had taken the advantage of her innocence. When she insisted upon meeting Feroz's parents he agreed to take her to meet his parents.

The next day Feroz took Harshita to Pune railway station and handed over her the ticket of her hometown Kolhapur instead and told her that she should go back to her parents. A shattered Harshita was standing at the platform when a lady constable from the railway police saw her crying and asked her the reason for it. She mustered up courage and narrated her plight to the constable. The only thing she remembered was that it was a room whose main door was painted in vibrant red color.

Will police be able to find out Feroz with such a little information?

rk_no1.fan 10 years ago she iz lukng good but she can look more good without dat red lipstick

10 years ago Just a couple of corrections. 1, Firdous isn't a magazine, it's a catalogue for a designer (Firdous). 2, she's not sporting an Indian-international look - she's sporting a Pakistani look, as it's Pakistani fashion. Let's give credit where it's due please - a part of good journalism.

+ 3
10 years ago she luks gorgeous bt her lipstick is wierd !

+ 2
10 years ago wow she looks interesting!
i love love hair!! but the red lipstick is too much..

+ 5
10 years ago OHHH my i love the dress Deepika is wearing.