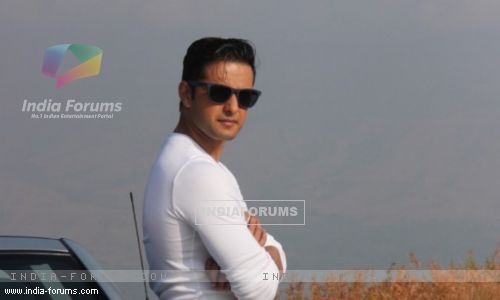 Here's a weird fan story -- actor Vatsal Sheth's negative character in his show Ek Hasina Thi has left one of his female fans so appalled that she stabs his picture every time after watching a new episode of the show.

The girl is a fan of his show "Ek Hasina Thi", and loves Vatsal, but she hates his character Shaurya Goenka, who comes up with wicked plans and devious schemes.

The Vatsal fan has a large poster of him in her room and she stabs it, the show's producer was heard telling the actor, said a source.

In "Ek Hasina Thi", Vatsal has played a negative character for the first time.

We are #Unfiltered: Women creators gone crazy on Moj this Women’s Day

+ 5
6 years ago @atominis: Maybe that's why she stabbed the pic and not the real Vatsal

Stabbing the TV would be too big a loss

+ 4
6 years ago Fans should be mature and learn to distinguish actor from character. Shaurya Goenka is a fictional character of a show Ek Hasina Thi. Vatsal Sheth is not Shaurya, he just plays Shaurya. It is compliment for his acting. But fans should control emotions!

6 years ago Your acting as Shaurya is just incredible, Vatsal Sheth.

9 years ago OMG! this is really a good news for me..love all his characters as prem! want Madhuri opposite him! want to see that HAHK chemistry again! but i guess they will cast Katrina nooo :(

+ 2
9 years ago Just can't wait for this movie to go on the floors and know who's gonna be the female lead paired with Salman...Oh I am just looking for ward for this movie love you Salman...

+ 2
9 years ago I LIKE BARJATYA MOVIES THEY R ALWAYS A FAMILY ENTERTAINER!