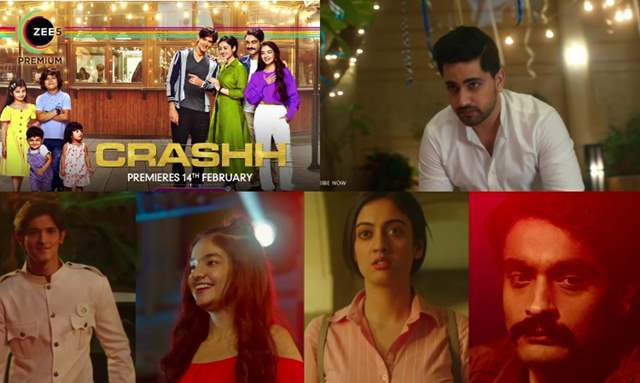 ZEE5 original, Crashh has some of the finest names and the teaser of the web series came out recently. And now, trailer of Crashh is. It featuress Kunj Anand, Aditi Sharma, Anushka Sen, Rohan Mehra, and Zain Imam. The series narrates the story of 4 siblings who get separated at a young age and grow up to find themselves pitted against each other.

While Kunj, Aditi, Anushka, and Rohan play siblings, Zain's character of Dr. Rishabh does catch quite our attention after all. Though each of the siblings have a one of a kind story and narrate a tale that we haven't heard of earlier, the series also promises a lot of emotions, among other things, and that is likely to be the highlight of the series after all.

Check out the trailer of Crashh here:

Meanwhile, as Ekta shared the trailer, she also went on to clarify how the series is not inspired by the show 'This is Us' and it is in fact drawn from another of her own shows after all. She added how it is loosely based on the show Bandhan, which she made after reading about it in a newspaper which revealed how siblings got separated due to illegal orphanage activities.