Tanu played by the young and vivacious actress, is a beautiful and bubbly girl who wants to live life by her own rules, dreams of her prince Charming and is happy go lucky - yes, a befitting female character sketch for the chick flick that this movie claims to be. In her early twenties, Tanu is making her way to the top, slowly and steadily. 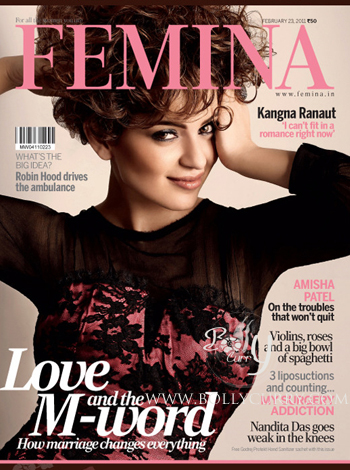 Tanu, or the real life Kangna who smiles endearingly on the cover, complete with cutely chaotic curls and a pink-black outfit, begun her career in 2006 and has been an unconventional definition of success in our cinema ever since.  Charmed by her 'Fashion'?! Go grab your issue right away!