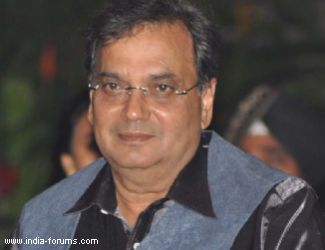 A court in Haryana has stayed Bollywood filmmaker Subhash Ghai's Mukta Arts from performing any type of activity on the 20 acres of land it purchased from the Gram Panchayat of Badhsa village in Jhajjar district.

The petitioners have claimed that the land belongs to the village communities and the gram panchayat and government had no right to sell it to private firms. They also claimed that Ghai had benefited because of the 'illegal' land deal with the government.

The hearing of the case Thursday was held at Bahadurgarh in Jhajjar district. The court has fixed March 1 for the next hearing.

On Feb 9, the Bombay High Court had ordered that 20 acres of land in suburban Goregaon, where Mukta Arts' film and television institute is located, be returned to the Maharashtra government.

"To stay relevant in your audience's eyes is no longer a hardship" ...