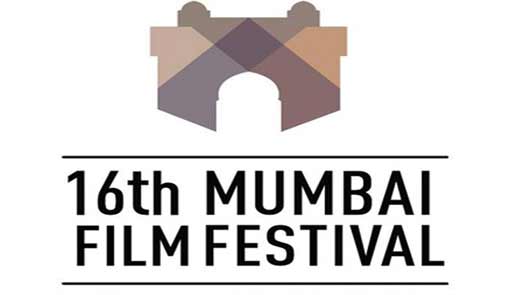 Actor Aamir Khan was the guest of honour at the closing ceremony, which was followed by the awards function.

Celebrities such as Madhuri Dixit, Vaani Kapoor, Esha Gupta, Parineeti Chopra and Anushka Sharma were present among others.

The day saw the best of world cinema including "Broken Hill Blues", "71", "Macondo", "Theeb", "Coming Home", "Nymphomaniac Volume I and II", "Jack", "I Am Not Him", "Pride", "Black Coal, Thin Ice", "Gett, The Trial of Viviane Amsalem", "Goodbye to Language - 3D" and "Farewell" screened across the two venues -- PVR Andheri and Cinemax Versova.

The jury grand prize with the Silver Gateway of India trophy was given to Mexican film "Gueros" directed by Alonso Ruizpalacios and produced by Ramiro Ruiz Ruiz-Funes.

Martin Loizillon's role in "Fever" won him the best actor award. The Silver Gateway of India trophy for best actress was given to Liron Ben-Shlush for "Next to Her".

The final award in the international competition category, the jury award for best camera work was won by Anthony 'Tat' Radcliffe for British historical action film "71".

Jury head Goran Paskaljevic in consultation with the jury members including Serge Bromberg, Bai Ling, Prasanna Vithanage and Colin Vaines made a selection after much thought.

"Chauranga", directed by Bikas Ranjan Mishra, was adjudged the best film and won the Golden Gateway of India trophy.

Directors below the age of 25 pitted their skill in a short film competition "Dimensions Mumbai".

Director Ramachandra Gaonkar's "Selfie" was given special mention by the jury.

The best Mumbai young critic award went to Akshay Pawar from D.J. Sanghvi College for his passion and deep understanding of the film medium.

"Nothing brings people and countries together like cinema. We have movies from all corners of the world. Such festivals are very important for they bring out the films needed to be seen, rewarded and recognised. It is our responsibility as guardians of this galaxy called cinema to give new talent the tools and accessibility to help them be creative and better at their art," Madhuri Dixit said.

Aamir Khan, who was the guest of honour, said: "I was a part of the first Mumbai film festival as well and I remember the spirit of that time.

"The problems it faced is a reminder of what this festival means to us and how much Mumbai needs to sustain it. I thank everyone who worked day and night to put up this successful show despite the odds."