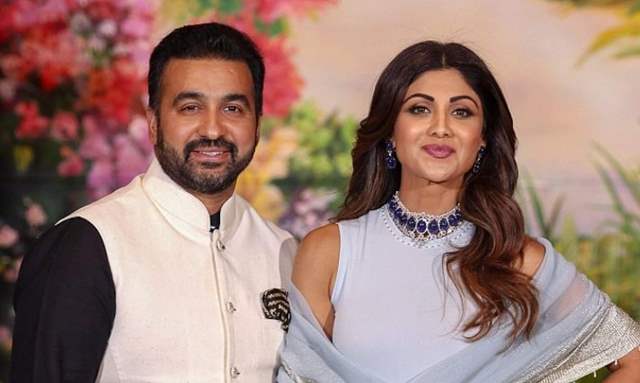 It’s been a week since businessman and Shilpa Shetty’s husband Raj Kundra was arrested in a pornography-related case. The police even raided their Juhu Bungalow, and surely a lot has conspired since then.

The Mumbai Police Crime Branch continues to investigate the case, and a recent report suggests that Raj Kundra and Shilpa Shetty's joint bank accounts are now under the scanner.

Earlier, the cops had denied Shilpa's involvement in the adult films racket case, however, the officials have drawn no conclusion about the same. The Hungama 2 actress was reportedly questioned over several international transactions that were made from the joint account.

The Police suspect that transactions were made between Raj’s account and that of Kenrin Limited, which is owned by Raj Kundra’s brother-in-law Pradeep Bakshi. It is suspected that the earnings from the 'HotShots' app and 'Bolly Fame' app were sent to this account. However, these were not direct transactions and money was sent indirectly through different accounts.

According to Crime Branch sources, this is called the modus operandi of placement, layering and integration in technical language. On July 23, when the Crime Branch team raided Shilpa Shetty's house, she was also questioned in this regard, reported DNA.

Over the weekend, Kundra’s office was raided by the police officials and they discovered a "concealed" cupboard in his office containing several files. The recovered documents have been sent for further investigation.

Meanwhile, an official told the Times of India, “We have brought these files, which will be studied by the forensic auditing team. We are sending eight servers seized from Kundra’s office for forensic analysis as prima facie we have found pornographic data deleted after the police busted the racket in February. Experts can find out whether these servers have been used to upload pornographic material to Kenrin."

For the uninitiated, Raj Kundra was arrested on July 19, along with 11 others, who were charged with the alleged creation of pornographic films and was placed in police custody till July 27.