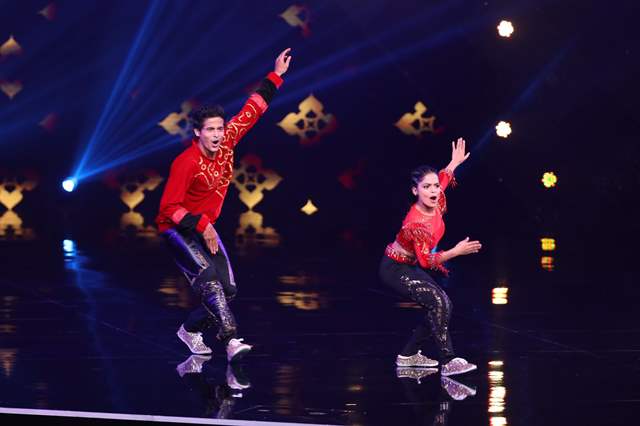 After a grand entry last weekend with all new episodes, Sony Entertainment Television’s popular show India’s Best Dancer is gearing up for a tribute to the Bollywood Legends in its upcoming episodes. The audience will witness a variety of phenomenal performances by top 12 contestants along with their choreographers, who will be judged by Terence Lewis, Geeta Kapur and Malaika Arora.

Contestant Sonal Vichare, who hails from Mumbai, along with choreographer Tushar Shetty, paid tribute to Bollywood ke Shahenshah, Amitabh Bachchan. She performed on super hit tracks of Mr. Bachchan and mesmerised the judges with her class act. The judges gushed over her moves, and they applauded her performance with a standing ovation. Terence said his signature words, “This was a fadeshwari, chummeshwari, act.” He further added, “This was pure dancing… and Geeta will relate to what I am saying. Through the act, I felt you may miss a couple of things, but no! From emotions, to style to energy, the way you performed was as good as a 440 watts ka jhatka. Your talent is inversely proportional to your height. And I must applaud the choreography… it was amazing.”

Whereas Geeta Kapur shared some critical advice with Tushar, “Your Shishya is very strong, you will always have to be on par with her. Sonal is a shining star. Well done with the choreography, therefore Sonal’s dance was highlighted. Sonal, you’ve justified what you did.”

Sonal is a strong contender and has time and again proved that she is here to stay, judges are impressed with her ability to dabble into different dance forms as well. However, she is called the Popping Queen in the show. Judges have remarked that she has outperformed even the boys when it comes to energy levels.

Watch India’s Best Dancer’s tribute to the Bollywood Legends this Sat-Sun at 8PM only on Sony Entertainment Television!