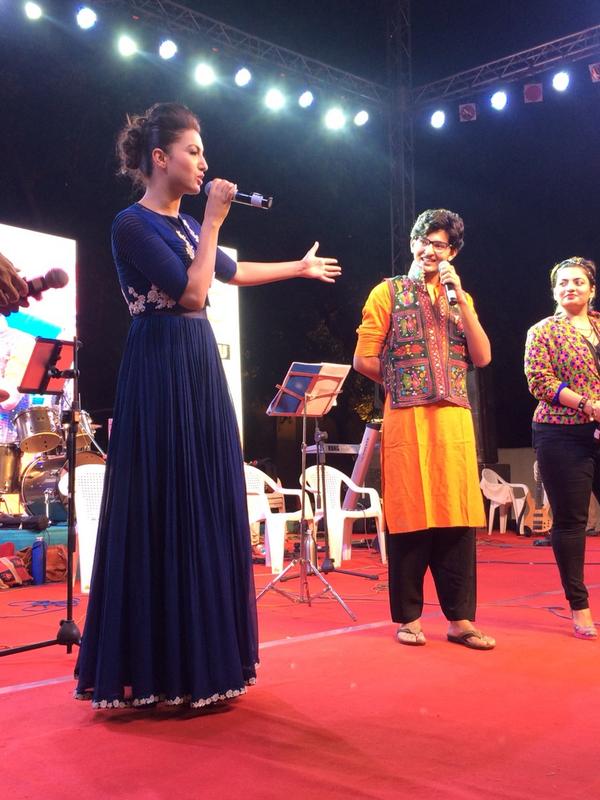 Star Plus' singing talent based show India's Raw Star has gained immense popularity and is being appreciated by the masses for the immense talent these contestants have in them. Recently the team of India's raw Star went to Ahemdabad to promote their show and also to rejoice the Navratri festival.

The entire cast and crew shot a special Navratri episode where more than 500 masses attended the event.

Many fans arrived at the airport to receive Darshan and Gauahar and also clicked selfies with them. Later in the hotels also, many fans were willing to meet them.

Darshan was extremely overwhelmed and pleased with the response of the audience. While he was in his hometown he reminisced his school days and also visited many places of the city.

Well the episode seems to be very interesting and will add on to the fun of Navratri. This special episode will be aired on Sunday.