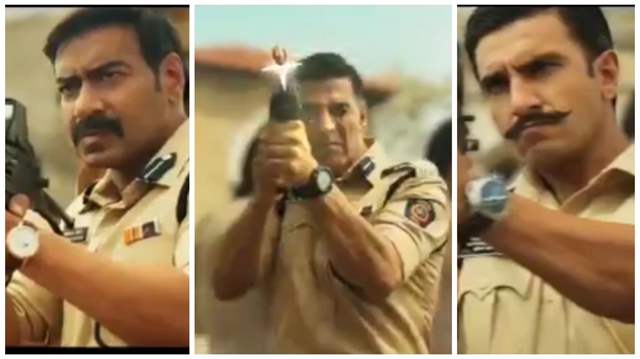 One of the most obvious films to be hit by the COVID19 pandemic has to be Sooryavanshi. We remember how around this time last year the film's trailer followed by press launch witnessed immense buzz and led to the usual love and anticipation frok viewers that a massive film like Sooryavanshi can expect. However, literally on the brink of its release, statement was out that the film is indefinitely postponed and will hit the theatres when the time is right.

Now after an array of delays and lot of wait, the makers have finally confirmed the release of Sooryavanshi with another typical Rohit Shetty style announcement. It was just confirmed that Sooryavanshi will now be releasing on 30th April 2021 in cinemas only, as promised-

As we know, Sooryavanshi is technically the 2nd film in the Rohit Shetty cop universe where apart from Akshay Kumar and Katrina Kaif; Ranveer Singh reprises his role as Simmba and Ajay Devgan returns as Singham as well.