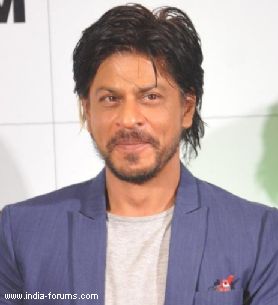 Didn't you feel like having your own set of six pack abs when Shah Rukh Khan flaunted his in "Om Shanti Om" or when Aamir Khan exhibited his eight pack in "Ghajini"? But celebrity trainer Shivoham, who has trained the likes of John Abraham and Ranveer Singh, says getting influenced to beef up like the stars can have negative effects in real life.

Bollywood stars get involved in strenuous workouts for their film roles and the requirement to play different characters makes them mould their body every now and then - something which is not possible for ordinary folks, said the CrossFit trainer, who was in the city for a six-day boot camp.

"Bollywood stars are also average people, but they do their training according to the role they play and it affects the body," Shivoham told IANS on the sidelines of his camp at The Park hotel here.

"Commoners do get influenced from Bollywood, but they need to understand that what celebs do is their profession and they get training 24X7. They are paid to look a certain level; so they do it in whatever way possible.

"But an average person needs to give it a good thought and actually do what can become part of the lifestyle, rather than gaining a particular body for just two or three months," he said.

Among the big screen stars, Shivoham, who has a gym in the country's entertainment capital, has also trained Aamir, Abhishek Bachchan and Kangana Ranaut.

Talking about female actors and their once-upon-a-time fantasy for the size zero body frame, the Mumbai-based trainer said it should be a no-no for anyone as it can have long-lasting side effects.

"Not only female celebrities, but women in general want to lose weight. They are fascinated with the concept of size zero, which according to me is waste. It is necessary to be healthy and fit," he said.

Shivoham is on a mission to popularise the concept of CrossFit, which he plans to take to several cities of the country.

Explaining the rationale behind it, he said: "CrossFit is the principal strength and conditioning program for many police academies and tactical operations teams, military special operations units, champion martial artists, and hundreds of other elite and professional athletes worldwide.

"Our programme delivers a fitness that is by design: broad, general and inclusive."

During the camp here, Shivoham made sure that every individual who was part of it went back with a smile.

"In the boot camp, we go through fundamental movements like the squats, overhead press, deadlifts, cleans and many other movements. It's a combo of weights, freehand and a lot of cardio.

"It's a very different kind of fitness experience and so not many people know about it," he said, adding that "word of mouth publicity" is essential for the brand of fitness he propagates.

Shivoham, who himself is well-built, believes fitness is a very relative term in India.

"Fitness is practised definitely way higher in other parts of the world. India is definitely getting aware of it, but it will take time," he said.