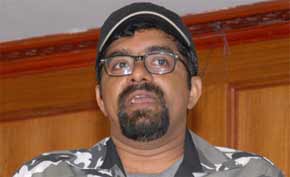 "The events that lead up to the story in the film are based on commonly known events about April Fool's Day. These incidents make up the story of the film, which revolves around two key characters played by Jagapathi and Bhumika," Srikant told IANS.

"Characters essayed by the lead actors are very important to the setting of the film. Gulshan Grover also has a very important part to play," he added.

The film has music by Banti and cinematography by Tanikella Rajendra Prasad. Currently in the post-production phase, it is likely to hit theatres Jan 25.

Kangana's Case Against BMC Gets Adjourned; Sanjay Raut's ...
17 minutes ago