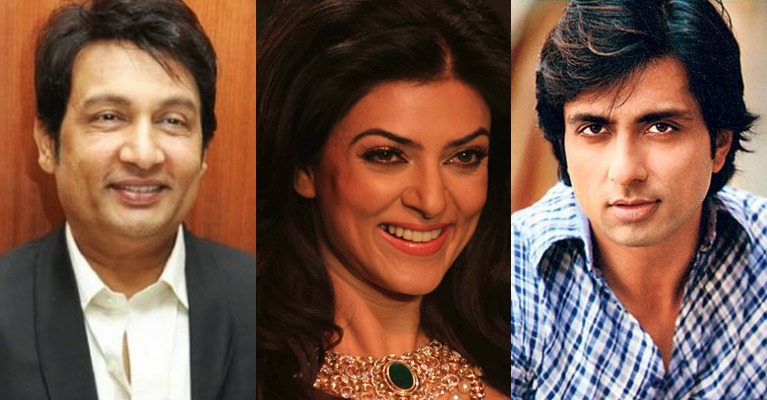 The much reported reality show on SAB TV having 3 Talented S's i.e. Sushmita Sen, Sonu Sood and Shekhar Suman on the judges' panel gets a new telecast date.

As we have reported earlier about Comedy Superstar to hit the tube by August 15, the channel has postponed its on-air date to August 22. Not only this show got the timeslot of 10 PM but the channel has also decided on airing it for an hour on Saturdays and Sundays.

Though the show hasn't hit the screens, the team has already shot for its finale episode. In that episode, the viewers will get to see all the judges performing on the stage along with them the two lovely hosts of the show, Jay Soni and Pari Sudeepa Singh.

With the combination of three amazing talents on the judge panel, the show surely seems to be worth watching!

8 years ago im a sikh and i know that ajay is a hindu but still he makes a movie about sikhs...infact in my country where people used to think that hindu and sikhs are the same is now learning the difference thanks to these type of movies...what so wrong in it???? ...we cannot aspect him to get a khanda tattoo just for the movie!!!! he too has a religion ..

8 years ago Being a Sikh, I do not find anything offensive in the trailers. I watched it three times to see what was offensive but couldn't find anything. I actually found it entertaining and can't wait for the movie.

All I can say to the people who have issues is to open your eyes and look at yourself and those around you who claim to be Sikhs, I highly doubt any of you are idealistic Sikhs.

8 years ago I just saw the promo. There is absolutely nothing insulting in it!

Just cause the movie has a sardar in it, Sikhs decide its derogatory. Like really?! Seriously?!

I know of many many sardars who drink and have tats. Grow up people. Freedom of Speech.

8 years ago really, the actor is hindu, how can they expect him to remove the tattoo, there are many actors who play Sardar Character and do so many wrong things, like drinking, making love openly, kissing, not wearing kadaa. and you guys object over a tattoo,. there are many Sardars in USA, UK and Canada, that have took their turban off and cut their hair very short, is that ok in Sikh Religion. why isn't there no action being taken on them, oh wait but they are not hindu or have tattoo, which is more important