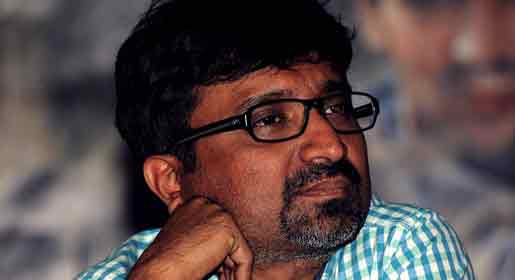 Filmmaker Mohan Krishna Indraganti, who is looking forward to the release of Telugu crime-comedy "Bandipotu", says comedy is the most "difficult" and "underrated" genre to make films in.

"Comedy is not an easy genre to make films in. I think it's the most difficult and underrated genre. Even in the awards ceremony, seldom will you find a comedy film bagging all top honours. It's usually reserved to a drama, thriller or even arthouse. I find this really strange," Indraganti told IANS.

"According to a Russian writer, any idiot can make a tragedy, but it takes a genius to write a comedy. In comedy, people either laugh or don't. You can't cheat them. Comedies are difficult not just for a director, but also for actors and writers," he said.

He says the reason people end up making slapstick comedy because "it's extremely difficult to make a good comedy film with great situational humour".

Mohan's "Bandipotu", which releases in cinemas Friday, is devoid of slapstick and spoof comedy. The film features Allari Naresh in the lead.

"When Naresh and I came together for this project, he wanted to do a good comedy film sans everything he's done before. He's known for doing lot of slapstick style comedy and spoofs, so we avoided all that in this film," he said.

"The film narrates a story filled with some quirky and weird characters that will generate situational comedy. There are absolutely no jokes irrelevant to the subject. Every laughable moment in the film is genuine," he added.

The idea, he says, was not to make a "comic tonic".

Contrary to the general perception, "Bandipotu" is not his first attempt at comedy.

"I tried screwball comedy in 'Ashta Chamma', which turned out to be the biggest hit of my career. All my films have had their share of comedy. But I usually don't like to repeat genres. My first film 'Grahanam' was a period drama, while 'Golcondaa' and 'Anthakua' were sports drama and romantic drama respectively," he said.

"When I'm constantly trying to make films in different genres, it's challenging for me in terms of style and writing. 'Bandipotu' being a crime comedy allowed me to experiment with the writing. The dialogues in it are edgy and streetsmart," Mohan added.

He admits making "Bandipotu" was easier "to some extent" because it features a popular comedy star Naresh.

"Both of us wanted to do the kind of film we haven't done before. This is the kind of crime comedy I wanted to make. Naresh helped develop the tone of the film. Since he's a comedy star and we were working on a comedy, he came up with a few good suggestions," he said.

Mohan even incorporated couple of Naresh's suggestions into the film.

Calling Naresh a "director-friendly" actor, Mohan said: "I like actors who contribute to the script in a constructive manner without spoiling the vision of a director. Naresh is one such actor. He completely surrenders to the director and that's why working with him is fun."

Never thought I would be dancing, I was preparing to be an IAS ...