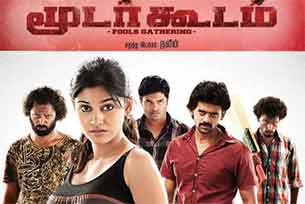 After impressing audiences in Tamil comedy "Moodar Koodam", comedian Sentrayan is all set to play a lead in upcoming thriller "Vishayam Veliye Theriya Koodadhu". He will be sharing screen space with four other actors.

"In 'Moodar Koodam', Sentrayan was showcased as a comedian. In my film, he's set to enjoy the status of a hero alongside four others. Of course, he does portray his comic skills, but the style and treatment of comedy is different," the film's director Raghavendra told IANS.

A road film, it features no songs or heroine.

"There was absolutely no need to have a heroine because the story has no scope for romance or songs. I wanted to do justice to the story and, therefore, avoided including songs just for the sake of entertainment," he added.

Comedian Rajeev Nigam's son passes away on his birthday