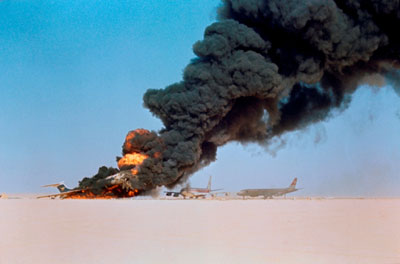 This September, the National Geographic Channel explores some of the radical new anti-terrorist designs and technologies that help keep terror attacks at bay. From bomb-sniffing buses to futuristic smart guns to HiEnergy car bomb finder; technology is the key to outsmarting terror. Nat Geo's 'Combating Terror' premieres on Tuesday, September 11 @ 10:00 pm (weeknights, till September 21); it showcases the technologies being developed internationally to combat future terrorist attacks.

Terrorism in the 21st century is changing. The targets, techniques and technology are evolving. Terrorists are bigger, broader, dangerous and more sophisticated. Using dramatic documentary reconstruction, extensive research, interviews with experts, archival footage and Computer Generated Imagery (CGI) the series presents the latest cutting-edge technologies that are allowing us to push the limits while fighting the war against terror. 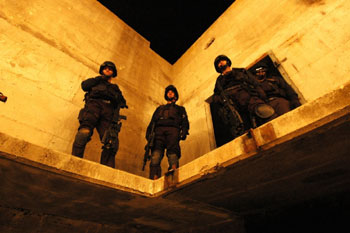 "India is one of the worst terror-effected regions in the world and Combating Terror discusses this topic in a unique manner. From safer transport to highly sophisticated intelligence systems, the need of the hour is to develop technologies that can stop terrorists before they attack. Through 'Outsmarting Terror', we showcase what pre-emptive measures are being taken the world-over to outsmart terror using research and technological advancements. The other episodes in the series showcase tragic terror attacks that could have been avoided; these episodes give us insights into the minds of the terrorists, which therefore could help us combat terrorism", said Rajesh Sheshadri, Vice President – Marketing, National Geographic Channel, India.

Combating Terror provides an in-depth look at global terrorism today through its nine featured episodes. The series premieres on September 11 with 'Outsmarting Terror' which looks at the unique technological innovations being used by various countries to fight terrorism. The other episodes include Bus 174, Iranian Embassy Siege, African Hijack, Pentagon 9-11, Munich Olympic Massacre, Terror in the Skies, Hijacked and Air Hijack.

14 years ago Awww I lowe the guy, even the movie wasnt bad though it was crazy.

14 years ago Woo-hoo! I loved that movie even though it was silly and more importantly I LOVE Aftab!!!!!!!! :)

Will make sure not to miss it.