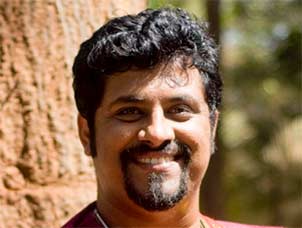 Raghu Dixit, lead vocalist of popular band The Raghu Dixit Project, has associated with new channel Pepsi MTV Indies, which promotes independent music and artists. He says the genre may have been popularised by the internet, but it is college festivals that have kept it alive.

"The internet has evolved so much today, people have it on their phones and tabs, so it has really given a platform to independent music, but it is mostly the college level festivals that keep independent music alive," Dixit told IANS in a telephonic interview from Mumbai.

"There are so many music festivals being organised now that young musicians get a big platform," added the artist, known for songs like "Ambar", "Hey Bhagwan", "No man will ever love you, like I do".

The singer feels that a channel like Pepsi MTV Indies, which will cater entirely to the Indie music genre, will act as a huge platform for budding artists.

"This channel will be like the first train for budding artists. For me, it's like the last train. When I made my first album, music channels decided to pull out on non-film music, and focussed on Bollywood songs," the 39-year-old said.

"The new channel is being launched just after my second album came out. So I strongly feel it will provide a platform not only for newcomers, but also for artists like me," Dixit added.

The scientist-turned-singer has composed music for several Kannada films and a couple of Hindi films as well. He is now working on a Yash Raj Films' project "Bewakoofiyan", which stars Sonam Kapoor, Ayushmann Khurrana and Rishi Kapoor.

"It's my first mainstream movie. While composing for a movie one needs to keep in mind different parameters - like the actor, actress, what the director wants, how is the story, so it is a challenge! But it gives an option to explore and try out different things," Dixit said.

Amanda Seyfried Announces The Birth of Second Baby
51 minutes ago

NCB Dismisses Rhea's Claim of 'No Jurisdiction in Drugs ...
52 minutes ago