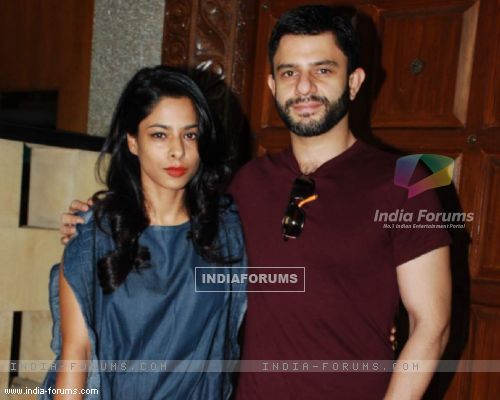 Ahead of the release of Coffee Bloom, a romantic drama set in the heart of coffee plantations, lead actors Sugandha Garg and Arjun Mathur share their experiences of the movie with India Forums in an exclusive chat.

Tell us something about your characters in the movie?

Sugandha: I play Anika in the film. She is very complex and layered. She's not simple, neither is she perfect, a very rare kind of girl. She is not just the foil to the main lead but also a very powerful part. She is a very strong character.

Arjun: I play a character called Dev, he is a young man who owns a small coffee business in Bangalore with his mother, and they used to own a coffee plantation which they had to sell off when he was young. His heart broke in love and that has made him very jaded, disillusioned and disinterested. He doesn't have anything to do with the world and he believes that the world has nothing in it for him. He is someone who kind of wants to take up penance and rid himself of all the worldly desires until one day he is forced to go back to the coffee plantation. There he realizes that its now owned by the very person who broke his heart.

As you both have worked together previously, did that help out in brewing the chemistry for this movie?

Sugandha: We were much young when we worked together in My Name Is Khan and even at that time it was such a large crew, lots of people on the sets, so Arjun and I used to pretty much hangout with each other and then we went Sky diving. It was an absolutely crazy experience. The person you sky dive with you can do anything with them, because it's a matter of trust when you do something so adventurous. Arjun might not be my 3 AM friend but I am very comfortable working with him.

Arjun: Yes, I agree, we already shared a certain amount of comfort level. We had enjoyed working together in My Name is Khan and in fact when the script came to me I recommended Sugandha for this film. It always helps if you already share a certain comfort level with someone you know who can bring the best performance from you. The rapport on screen is obviously between the characters but off screen as well we share a great rapport, we are good friends. 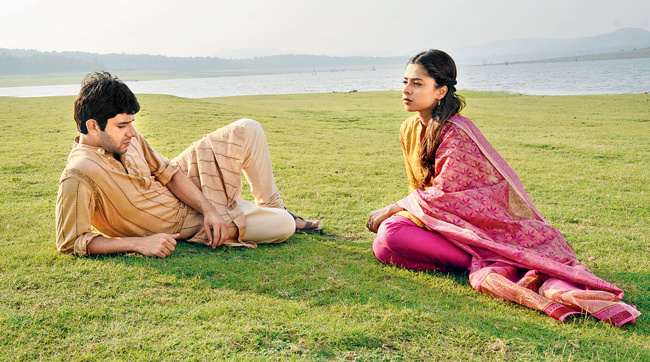 Coffee bloom isn't a main stream kind of cinema so what is the reason behind accepting it?

Sugandha: Its very main stream and commercial. Those definitions are completely changing in the industry. It's releasing in the US as well as here. This whole thing of big films and small films, it's just an industry terminology. But when the audience comes to watch they don't care what money is spent, they just want to be entertained. It might not have big stars, none of us are at that place where we have that sort of fan following but we know for a fact that independent cinema now has a clear and strong voice.

Arjun: To be honest the only thing that isn't main-stream about coffee bloom is the fact that it does not have song and dance numbers but the story is very strong. I don't know how to classify this but it has a commercial potential. A story is a story and that's exactly what makes me take up a film. I don't think about a film in terms of main stream cinema or art film. I don't hold classifications in my mind. So when a script comes to me I read the script and if I connect with the character and if I feel that this character can enrich me as a person then that's all that takes me to make the decision. With every film I like to challenge myself to do something different from what I have done before.

What do you think the audience can expect from this movie?

Sugandha: It's a relationship drama. The film is going to remind you of that first love, that first kiss. There are a lot of things that people can relate to. It's the kind of relationship everybody goes through being loved, being hurt, losing someone you loved and fighting for love so it's darkly romantic. A very simple story and it's been told very honestly by a bunch of us. Everybody should go and watch it.

Arjun: I think the audience can expect a very nice, beautiful and a very different kind of story, some excellent performances and some very good writing. They can expect to enjoy. The coffee plantations are showcased very well, something that's not been exposed a lot in Indian cinema. 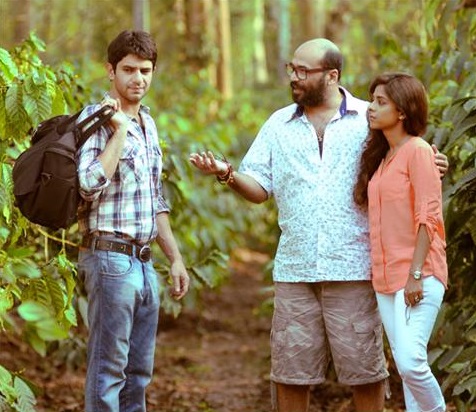 What would you like to say about each other?

Sugandha: Arjun is fantastic, it's very inspiring to see him handle his career the way he does, and he does so many independent films. He is all about the script and he has an excellent work ethic. So professionally I think Arjun's draft is very inspiring and I am looking forward to see how this film turns out for him.

Arjun: I would just like to tell her to not to change. I think she is a great actor, a good person a great friend and just stay exactly how she is.

What are your future projects.

Arjun: I have a film called Couching Tiger Manu. I play Manu, here again for the first time I am doing comedy in a lead role. Then there is Angry Indian Goddess and 'Waiting' with Naseer Saab and Kalki.

How far this coffee will render its taste among the audience will be decided only after the release. We wish the team of Coffee Bloom all the very best. Coffee Bloom hits the theatres on 6th March, 2015.