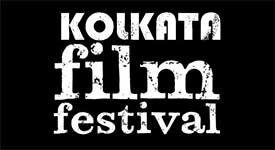 From a bouquet of vintage classics to a collage of international films and a dose of glamour, the 18th edition of Kolkata International Film Festival (KIFF) promises all that and more when it will be inaugurated Saturday by Bollywood "Shahenshah" Amitabh Bachchan and "Baadshah" Shah Rukh Khan.

Katrina Kaif and Anushka Sharma will also be there at the opening ceremony.

Confirming Katrina's participation at the gala inaugural ceremony, KIFF director Yadab Mondal said: "Katrina was supposed to be the surprise package for the event. Yes, she is coming."

West Bengal Chief Minister Mamata Banerjee brought the hitherto 'elitist' festival closer to masses last year by bringing the inaugural ceremony to Netaji Indoor Stadium. And this year too, the opening promises to be a glitzy event with the who's who from the world of cinema, art, culture and politics coming together.

Iranian director Asghar Farhidi's "Nader and Simin: A separation" would be the opening movie of the fest. It is the first Iranian movie to win the Academy Award for Best Foreign Language Film and focuses on an Iranian middle-class couple who separate, and the conflicts that arise when the husband hires a lower-class caretaker for his elderly father, who suffers from Alzheimer's disease.

On May 3, 1913, Indian cinema started its journey with the screening of "Raja Harishchandra" at the Coronation Cinema in Mumbai. The film was directed by Dada Saheb Phalke.

In a novel way to celebrate Indian celluloid's centenary, the festival will screen 15 films including some rare classics of the silent era at a makeshift tent giving a nostalgic feel to film buffs of how silent movies were screened a century ago.

The tent has been aptly named after Hiralal Sen - considered one of India's first filmmakers and also credited with creating the country's first advertising films.

Along with India's first film, Phalke's "Kalia Mardan", Jyotiprasad Agarwala's "Joymati" and Kalipada Das's "Jamai Babu" would be screened in the "100 Years of Indian Cinema" section.

Produced by Satyajit Ray Film and Television Institute, the film is a brainchild of Rajdeep Paul and Sarmistha Maiti.

The story focuses on three friends Kapil, Padmini and Devdutt, who fall in love with each other and instead of fighting over possession and hierarchy, try to share the love equally among them.

With 'Africa Calling' as the focus, the eight-day festival will witness the participation of 189 celluloid ventures from 60 countries, including 15 movies from the African continent.

The closing film of the fest will be Tanvir Mokammel's latest documentary, "Japani Bodhu" (The Japanese Wife) -- based on the exceptional story of Hariprobha Basu Mallik, who married a Japanese entrepreneur Wemon Takeda, and travelled to Tokyo in 1912.

From being a nondescript woman in Dhaka to Tokyo, where she read news in Bangla on radio for Netaji Subhash Chandra Bose's Azad Hind Fauj, Hariprobha travelled in the dead of night daily risking her life through bomb-ravaged streets of Tokyo during the Second World War. 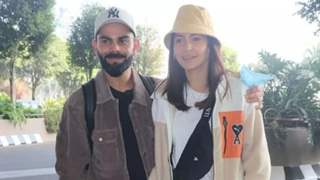 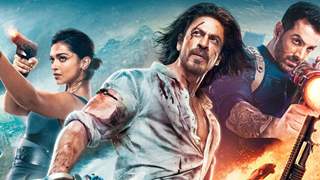