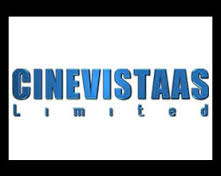 There were reports in the media about an upcoming show of Cinevistaas starring some noted actors like Renuka Shahane, Sudhir Pandey and many more. Here we come update you with its latest development.

Our source informs "This light hearted drama is titled as Kabhi Aise Geet Gaya Karo which will be aired on Disney Channel. The upcoming show has will be of a comedy genre."

The upcoming show of Cinevistaas will be a wait and watch game for the audience.

6 years ago we want to see Soumya Seth onscreen..as soon as possible

and Ek Hasina Thi is rocking..

+ 3
6 years ago Cinevistaas thanks for giving us Dill Mill Gayye and Dil Dosti Dance :)