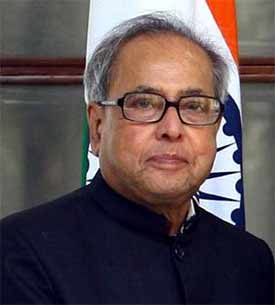 Urging filmmakers to play a "catalytic" role in presenting and propagating values such as patriotism and respect for women, President Pranab Mukherjee Saturday said cinema was a strong medium to influence the youth and that creating "meaningful and socially relevant" was vital.

Mukherjee, in his address at the 61st National Film Awards ceremony held at the Vigyan Bhavan here, said: "Besides being a strong medium of expression, cinema is a vehicle of influence and persuasion for the youth."

"When our children witness scenes depicting violence and bloodshed, it does affect their psyche. It is incumbent on our filmmakers to make a concerted effort to distinguish between what clearly is an art form and what is not," he said.

Mukherjee further went on to say that film content should have a desirable impact on the social behaviour of people, especially the new generation.

"Faced with erosion of values in today's context, cinema should play a catalytic role in resetting our moral compass. Our filmmakers should deploy their creative efforts to present and propagate core values such as patriotism, respect for women, compassion and tolerance, and honesty and discipline," he said.

The president said he was hopeful that everyone associated with the film industry will use their talent and artistic pursuits to create meaningful and socially relevant cinema.

At the ceremony, attended by film talent from across the country, and other dignitaries, Mukherjee conferred the film awards for the year 2013 in various categories.

He also feted veteran lyricist Gulzar with the 45th Dadasaheb Phalke Award, the highest honour in cinema awarded by the Indian government.

Praising the growth of the country's media and entertainment industry, he said it was today "at the cusp of a transformation".

"It is poised to leapfrog into a completely digital landscape," he added, mentioning that in 2013, the Indian media and entertainment industry registered a growth of 11.8 percent over 2012 and did a gross business of around Rs.92,000 crore.