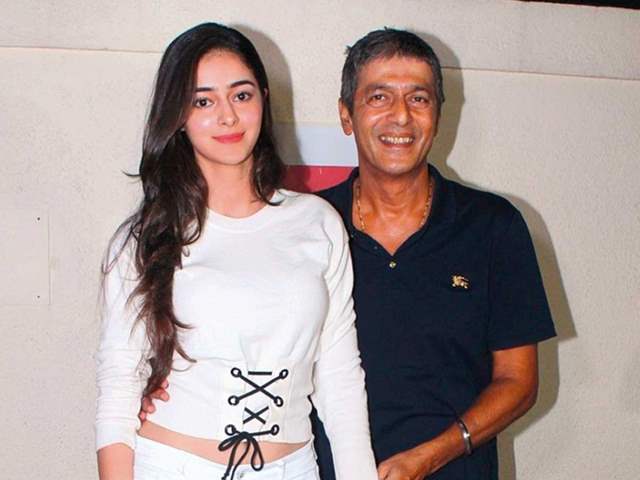 No matter how far a daughter goes and how much she achieves in her career, she will always be daddy’s little girl. One such adorable father-daughter Jodi is Ananya Panday and her father, Chunky Panday. Ananya is all geared up for her upcoming release. While the actress is filled with utmost excitement and joy, Ananya reminisces about an incident that is etched in her heart forever and that can never be forgotten.

Ananya shares a close bond with her father Chunky Panday, so when he visited Ananya's set and saw her perform in front of the camera for the first time his face was lit up with pride and unimaginable joy. Ananya states that it was one of the most emotional moments of her life and that feeling is engraved in her heart for perpetuity.

Speaking on the same, Ananya shares, "I have always said my dad has never come on set, he has never watched me shoot and a lot of people think that he used to come on set when I was shooting for SOTY 2 or I have been on a lot of his film sets which hasn't been the case, but it was different in Dheeme Dheeme."

Adding to it, she averted, "I was in the middle of taking one of my shots. I gave a lot of takes cause I wanted to get it right, I wanted to get it perfect and on the mike, one of the assistants was like oh Ananya we have a surprise for you. So I wanted to obviously finish the shot early cause I wanted to know what is the surprise? and I gave it my all and then I see my dad there clapping for me which was a really exciting and emotional moment for me because he has never come on set before so Dheeme Dheeme was the first time he has seen me actually do something in front of the camera. So it was a very fun and interesting and emotional moment for me and he was as or more excited than I was. Then he stayed and watched the song and he was very very happy, very proud."

The Youth icon recently launched the "Swachh Social Media" initiative on the account of Gandhi Jayanti. On the work front, Ananya will be seen in Pati Patni Aur Woh opposite Kartik Aryan which is slated to release in December 2019 and Khaali Peeli opposite Ishaan Khatter that will hit the screens on 12th June 2020.

Ananya Panday Impressed With Mimicking TikToker On Her Mannerism

Sanjay Dutt returns home after being admitted to the ...
30 minutes ago

Satish Kaushik Recalls 41-years of struggle and Courage to ...
40 minutes ago

exclusive
Exclusive Avneet Kaur: I really wanted to create some content for the ...
50 minutes ago