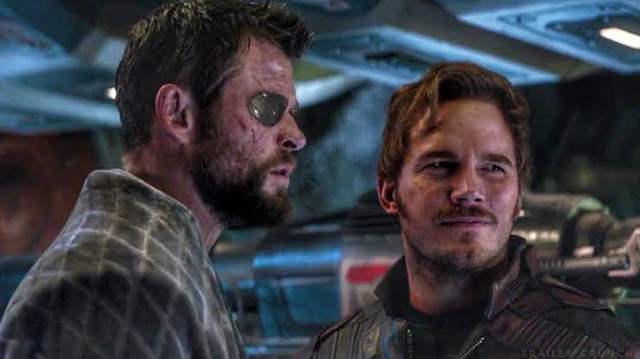 The Marvel universe keeps getting expanded and at the same time, amalgamated too. We obviously know that with Avengers: Endgame the culmination of 22 films and its journey is over but that doesn't mean the standalone movies will stop.

We also know that Thor: Love & Thunder is the next Marvel film having Chris Hemsworth reprise his role but also Natalie Portman reprise her role of Jane Foster after a long time.

Now reports confirmed that none other than Chris Pratt who plays Star Lord in th Guardians of the Galaxy franchise will be a part of this film. Though plot details on “Love and Thunder” have been kept tightly under wraps, the crossover casting makes logical sense, since Thor was last seen aboard Star-Lord’s spaceship in the closing scenes of “Avengers: Endgame” and with Pratt’s Star-Lord already set to return for “Guardians of the Galaxy Vol. 3.”

This Thor film is already big and continues to get crazier in terms of the stars associated where apart from Hemsworth, Pratt, Portman, it will also have Tessa Thompson and the one and only Christian Bale entering this world in a mysterious role.