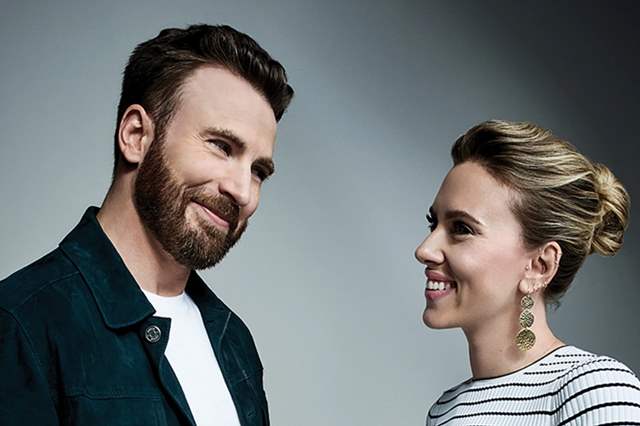 The fans of Marvel were indeed extremely saddened when it was confirmed back then that Chris Evans has indeed quit playing Captain America and won't be returning to play the iconic role ever again. However, fans are fans and they would not mind having Evans come back to reprise the character one more time, isn't it?

Recently, in a conversation with Marvel-colleague and friend, Scarlett Johansson, the actor opened up on whether he will play the role ever again.

“Would you come back?” Johansson asks him.

“To Marvel?” Evans responds. “You never say never. I love the character. I don’t know.”

But when pressed, Evans gives a more definitive answer. “It’s not a hard no, but it’s not an eager yes either,” Evans says. “There are other things that I’m working on right now. I think Cap had such a tricky act to stick the landing, and I think they did a really nice job letting him complete his journey. If you’re going to revisit it, it can’t be a cash grab. It can’t be just because the audience wants to be excited. What are we revealing? What are we adding to the story? A lot of things would have to come together.”

Johansson agrees that the last “Avengers” film found a proper send-off for Captain America, who is also known as Steve Rogers.

“I wasn’t there for the last third of the film or whatever,” says Johansson, whose character exits in the middle of the movie. “I actually had no idea what was going to happen. I don’t know how it worked, exactly, if it was scripted. It was such a beautiful cathartic ending, and I loved that for Steve. I think he deserved that. It was all his happiness.”

Evans thinks about it some more: “It’d be a shame to sour that,” he says. “I’m very protective of it. It was such a precious time, and jumping onto the movie was a terrifying prospect to me. I said no a bunch of times, and there’s a million and one ways it could have gone wrong. It almost feels like maybe we should let this one sit.”

Ronnie Screwvala's advice and his influential words make him ...
14 minutes ago

Sanjay Dutt returns home after being admitted to the ...
55 minutes ago