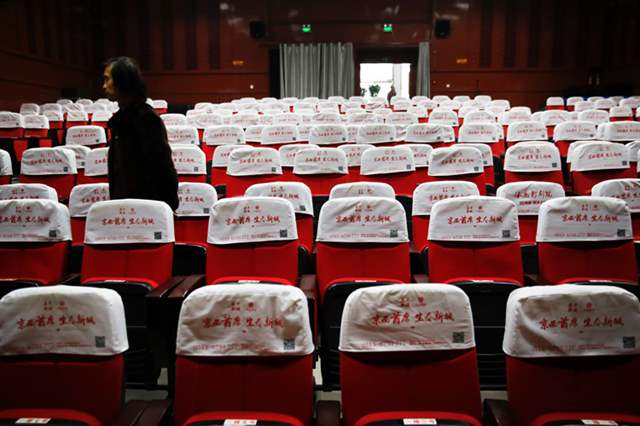 It might be a bittersweet moment in itself where the world is currently fighting all guns blazing with coronavirus pandemic, the place where it all started has now slowed down tremendously in terms of new infections.

Talking in terms of the sheer fact that one country is almost entirely relieved of the scare, it is indeed good news. China has also registered one new case in the past four days and the overall impact of the same has also slowed down immensely. Hence, a smattering of cinemas re-opened in a handful of provinces across the country this weekend. On Friday, there were 486 movie theaters back at work, while Saturday the total was upped to 507, local reports say. This reps just 4.5% of the Middle Kingdom exhibition infrastructure and brought in an estimated $4,355 on Saturday, per ticketing platform Maoyan.

The biggest concentration of cinema-goers was in Xinjiang which had previously been the site of the first movie theater to open since the mainland shuttered all screens in January. The other provinces where theaters opened include Inner Mongolia, Sichuan, Qinghai, Henan, Fujian and Guangdong.

These small steps to get China back up and running come at a time when the rest of the world’s movie theaters are essentially all closed for business. Today, Australia became the latest major market to shutter its cinemas. Still in operation to a degree are Brazil, Russia, Mexico, Korea, and Japan though, each with limitations.

As we’ve previously reported, the expectation for China is that theaters will continue to come back online through the end of this month and into April with the overall theatrical re-opening happening in waves. The first is the re-release of older local titles including Wolf Warrior 2, American Dreams In China, The Wandering Earth, Wolf Totem and Lebanese pic Capernaum. Chinese exhibitors will keep 100% of the box office on those titles and have been encouraged to set attractive pricing while also respecting safety measures issued by Beijing.

There were 39 new COVID-19 cases reported on Sunday, China’s National Health Commission said. Each was imported to the mainland (rather than having been transmitted domestically) where the total number of confirmed cases is 81,093 with 3,270 deaths.

The Re-Opening Date Of Theaters Set In Italy

Christopher Nolan's 'Tenet' Is The Hope To Get Audiences Back To ...

Zendaya Gives Update on 'Beautiful' Second Season of ...
9 hours ago

exclusive
Exclusive Indiana Mehta On Cracking The Audition For Netflix's 'Work ...
10 hours ago

Ramesh Taurani Spoke To Sushant a Day Before He Passed Away; ...
11 hours ago

Sushant's Co-star From 'Sonchiriya' Ram Diwakar Shares a ...
12 hours ago