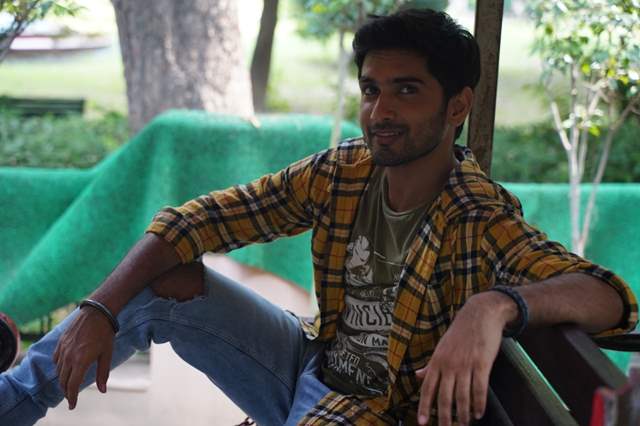 Anud Singh Dhaka has been seen in movies like Super 30, Chichhore, Taj Mahal 1989 and is currently seen playing the titular character of Jackson in the Sony Liv web series Love J action.

Talking about his character, he says, "I am playing the role of Jackson in the show. The character is a Lucknow boy madly in love with his college sweetheart who always rescues her from whatever dangers/challenges life and relatives throw at her and always comes around irrespective of the danger and threats those situations pose to him."

Further, talking about the story, he says, "It's a beautiful selfless love story, something that I've always dreamt of being a part of. Again it was a huge responsibility to portray the titular character as the entire show revolved around me and drives on my shoulders but that was a responsibility that I was looking forward to, and besides the amount of confidence my director Saurabh Tewari and the producers SonyLiv and Parin multimedia showed in me I had to do it, and do it right."

On being asked about how would be sum up his journey in he says, "My journey from Bhopal to Mumbai has been a dream come true, it's surreal to actually be doing what I always dreamt of. There is still a lot to achieve and a lot to do. It's just the beginning and Picture Abhi Baaki Hai Mere Dost."

Here's wishing him all the best with what is yet to come!