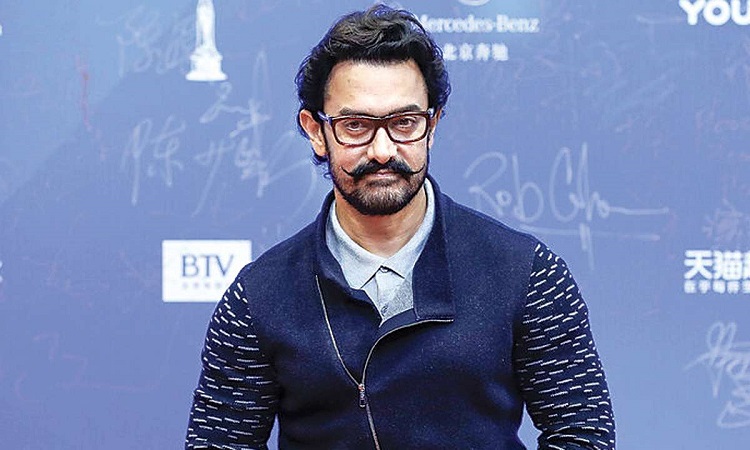 Superstar Aamir Khan's fans are undoubtedly just as creative as him. Celebrating Teacher's Day today, fans of the creative maverick took to Twitter to start a page called 'Masti Ki Pathshala' by sharing a unique video that grabbed the attention of the Superstar himself.
Today as an ode to the superstar his fans made a funny video of the actor and posted it on social media and the actor who came across this video was very intrigued with the video and he replied to the video with smile.
The fun video shows the versatility body of the work of the actor and how he has played so many different characters from Ghajini, Mangal Pandey, Dangal, Sarfarosh, Raja Hindustani, Ghulam, Lagaan, Dhoom 2, Baazi, Rangeela, Andaz Apna Apna, Ishq, Rang De Basanti, Dil Chahta Hai and PK.
The fun video took everyone down the memory lane as there were small glimpses from all his films.
'Masti ki Pathshala' is one of the most fun-filled songs from Aamir's film Rang De Basanti and the newly formed fan club has named their page basis that song, marking the occasion of Teacher's Day.
The actor has played the character of a teacher in other films, but the song 'Masti Ki Pathshala' stands out from them like all of his characters does.
The fan club made a funny video taking all the film's the Superstar has done so far with some quirky lyrics. The catchy and quirky song is sure to grab anyone's attention and Superstar Aamir too stumbled upon the video also replying to it.
They posted the video and wrote, "Finally @aamir_khan ki Masti Ki Paathshala is open & #KaategiKya is our super hit school anthem!  !
#AamirsMastiKiPaathshala #TeachersDay # https://t.co/aWG8MSl1ES"
Aamir quote tweeted the video and said, " Wah! Kaun hai bhai iss group ka principal? Whoever made this video, lots of love to you.."

Although the song is not directly related to Teachers' Day, it can surely be played for the occasion.
The actor has somehow tried giving a message to the audience from his films and this time the Song also delivered a message.
The actor was last seen in the blockbuster film Secret Superstar which garnered rave reviews. Currently, he is working on his next which is one of the biggest films ever made in India 'Thugs of Hindostan'.