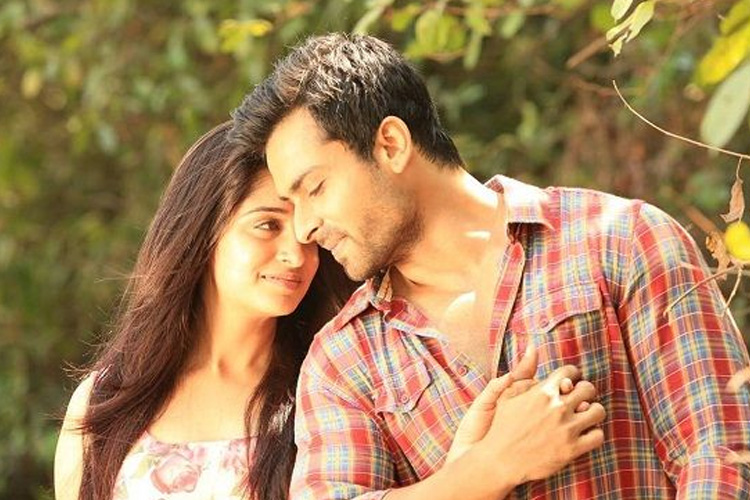 Dipika Kakar and Shoaib Ibrahim made a huge impact with their dancing skills in Nach Baliye 8. It was also the same show when the world came to know about how they faced several hardships to be together and how their love story is infact an inspiration.
Now that their chapter on Nach is over, the couple is heading in search of new horizons in their life.
Yesterday was a special day for the couple as it was Shoaib's birthday.
The actor was showered with wishes from several fans, but there was one gift which was extremely special for him.
Needless to say, it was from none other than Dipika's gift where she presented Shoaib a 'Being Human' Bicycle-

After an extensive treasure hunt, Shoaib was elated to see his gift.
It was really thoughtful of Dipika as she is aware of how huge a fan of Salman, Shoaib is and the bicycle is the latest commodity by Salman's brand, Being Human.
We wish Shoaib a belated happy birthday!
1 Likes

Alikhan2158 3 years ago Love Shoaib-Deepika. They give me #couple goals. Waiting for their respective comebacks. Wish u a very happy birthday today Shoaib with all my heart. May Allaah bless u and may u live long and always be happy

RamanIshita 6 years ago DonnaHArvey needs to calm the F*** down. How many foreign films do you see such pointless smoking disclaimers in? Stupidest thing I have ever seen.

dilkhushme 6 years ago He's. Lost. It !
If it's not a publicity stunt, then he's just making a fool outta himself. I mean, come again, just because he does'nt want his oh-sucha-glorious-flash-of-the-movie to be apparently "ruined", he wants to stop a disclaimer which promotes mass awareness ! O.o It's downright hilarious hearing him say that for this baseless reason he's all "set out to seek justice" He's funny !

-SharNeela- 6 years ago So no disclaimer on item songs saying "Only because you are enjoying nearly naked women on screen doesn't give you the right to rape them"??? What a a stunt for publicity!!! Old skool dear..try something new!

PrinceASRsDhani 6 years ago Well, I wonder how many people actually follow the disclaimers anyway!?
Having, and not having are equal...
It's only useful if people will actually listen...
It's a human mentality he will do whatever is asked him or her not to do...And habits always remain even if it means giving your own life...
But Anurag sir keep fighting I hope censor board never listen you...
If not during the film at least just in the starting and during the interval would be fine!
At first place, it would give your film an appreciation but anyways I hope you aren't publicizing smoking anyways!?
Not having anti-smoking warning states that...
Does it also means that the other film directors that has it, don't take their work seriously!?
Hmm interesting!
If you have to fight...Fight for the right of people not movie that you don't even know would be ugly or beautiful!?

princessonline 6 years ago Hopefully, they don't give into his demands so he and others like him remember the rules before making a movie. He's okay with promoting smoking to thousands of people, regardless of its harmful effects all because he wants his movie to be taken seriously and the signs detract from that? What a joke! Glad these signs will pop up and help stop people glamorizing smoking. To me it seems as if he has lost it!

Rishi_ 6 years ago the guy is out of his mind. unnecessarily cribbing for publicity.

iksha20 6 years ago I think I know where he is coming from... being a film maker it is quite distracting when that notification appears every now and then on the screen... believe it or not when you spent 18 hours a day on set standing... even these little things can be very bothersome!

Veritas 6 years ago I think Anurag kashyap is wrong this time,this is mindless cribbing.