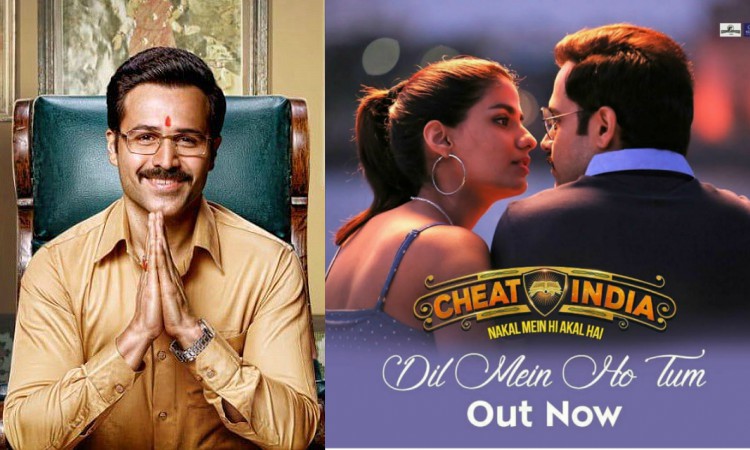 After releasing the foot tapping dance number Daaru Wargi, the makers of Cheat India have launched their second track titled Dil Mein Ho Tum featuring the very beautiful debutante Shreya Dhanwanthary. The actress is seen romancing with Emraan Hashmi in this soulful track.
The song highlights the romantic side of Shreya in the song as the audiences get to see more of her. Seems like, Shreya holds a promising debut with this film by raising the bar for newcomers in 2019.
The song that released on Wednesday morning has already touched 3M and is been trending on social media.
The melodious song is reprised by Rochak Kohli has reprised the track and is written by Manoj Muntashir, and sung by Armaan Malik.
Cheat India stars Emraan Hashmi and Shreya Dhanwanthary in the lead roles. The film is jointly produced by Bhushan Kumar's T-Series, Tanuj Garg and Atul Kasbekar's Ellipsis Entertainment, and Parveen Hashmi's Emraan Hashmi Films and is set to hit the silver screens worldwide on January 25, 2019.
Featured Video