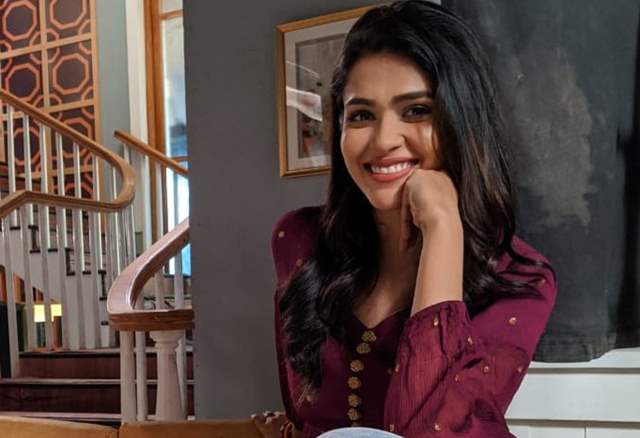 Charvi Saraf emotions knew no bound when she shot her last scene on Kasautti sets. The actor discusses the in-depth feeling of her last day, how cake cutting with the crew and gifting them made her happy and why did she not want to get off her character Shivani’s costume

Goodbyes are always difficult, especially when one has been on a show from its inception. Actor Charvi Saraf who shot her last scene yesterday on the sets of Kasautti is still trying to sink in this feeling. With a heavy heart and teary eyes, the actor shot in Shivani’s character for the last time.

“The one thing that I am now content about is that my character of Shivani has finally got a closure which was not the case earlier. I am thankful to the makers for giving it a thought and giving a proper end to my character. For a person who has been in the show from the start, a proper end was much required. Coincidentally there was a lot of crying required for my last scene and it just came through so naturally. While doing the crying scene, I could actually feel losing a part of me, which is my character,” says Charvi.

Ask her what all did she do on her last day, Charvi says, “I had arranged for some cakes to cut on the last day. It was like a thank you farewell from my end to the crew of the show. I also brought gifts for my personal crew members like spot dada, my hair and makeup guys. They all were very touched by this gesture. The unit has been a wonderful one and this was the least I could do for them. We all together cut the cake and then was time to say the final goodbye to everyone. I missed Erica and Parth on sets as I would have loved to speak to them and say goodbye. I hope we all bump into each other soon once this pandemic is through.”

Ask her what was the toughest moment on her last day she says, “The toughest moment without any doubt was to get off Shivani’s costumes and leave the sets of Kasautti as Charvi. Those few minutes were unexplainable. It seemed like those 2 years in Kasautti was running as a flashback in my mind that time. As a token of memory, I clicked Shivani’s name placard which was placed outside my makeup room,” she signs off

Sahil Anand opens up on thriller series, 'The Missing Chapter'