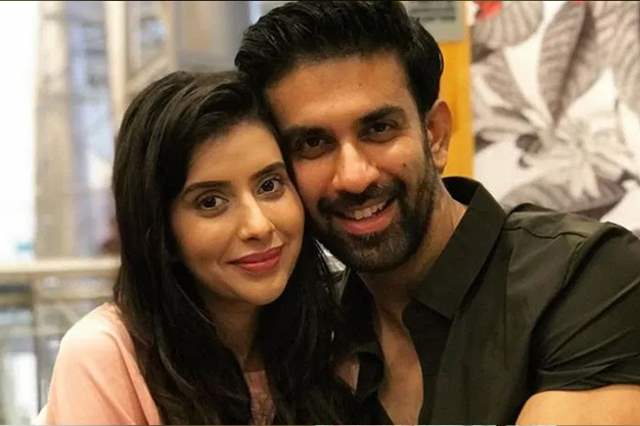 The saga between actor Charu Asopa and husband Rajeev Sen seems to be now getting murkier than one might have anticipated. It all started with rumors that there are problems between the two and was followed by Sen deleting all their wedding pictures from Instagram and so on. Only recently, both parties confirmed that Sen has moved out of their marital home. Sen recently spoke about the same to Bombay Times where he mentioned how someone is seemingly brainwashing his wife.

Asopa now decided to respond to these claims in an interview with Bombay Times, where she said, “No one is brainwashing me. I am mature enough to make my own decisions — something that I have always done. Main hamesha se apne decisions khud leti aayi hoon( I have always taken my own decisions). Maybe, he was brainwashed into deleting our pictures from his social media handles.”

She added, “If he thinks that I am innocent and gullible, and could be influenced by those around me, why did he leave me to live on my own during these tough times? This is the time for families to come together and be by each other’s side. But, Rajeev moved out and flew to Delhi a few days before our first wedding anniversary. It’s been two months now. Why would he do that? Shaq ka koi ilaaj nahi hai (There is no cure for doubt). What led to this and the issues in our relationship... there is a lot that I can talk about, but I don’t want my personal life to become a public spectacle. I don’t want it to become a part of anyone’s gossip session.”

What do you think about the saga? Leave in your comments below.

Tede_naina 1 months ago Unlike you Ur husband is not washing his dirty linen in public. Why do you have to speak to media regarding everything. Couldn't u separate Ur private and personal life why has SM became so important these days 😔

kuchnaakahoo 1 months ago U don't want Ur private life to become a public spectacle . But u urself first spoke to media that Ur husband has moved out.u could have just shut up and let the media speculate

SillySeasonHere 1 months ago Thats what she cares about? Him deleting their pics from Instagram? Seriously you two should sit & talk in spite of talking in media about your relationship. The same thing she used to do in her previous relationship..too much PDA in SM. Why dude? Why don't you people keep your life & relation as private as you can? IF paying too much attention to these gossips😑

Even after seven decades of independence, are we really ...
-52 seconds ago