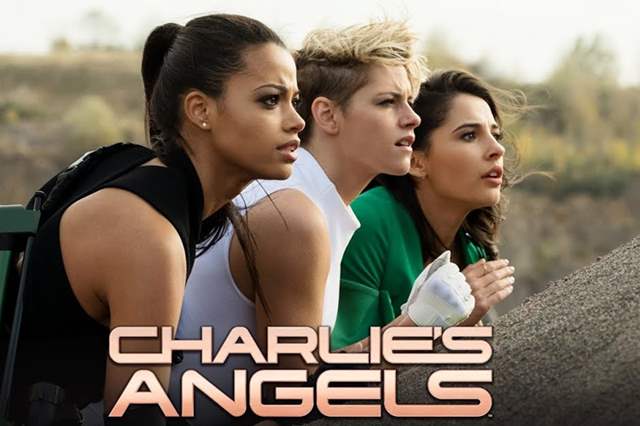 Charlie's Angels as a name is certainly enough to remind the kind of legacy the franchise has to enjoy. Times have changed where the likes of Drew Barrymore, Cameron Diaz and Lucy Liu have now been replaced over the years by Kristen Stewart, Naomi Scott and Elizabeth Banks. The new take on Charlie's Angels is all set to be hitting the screens next week and we certainly cannot wait to see it.

Banks, who will be playing the role of Bosley in the film is also directing the film. In an interview with Variety, the actess-director opened up on the pressure of living up to the legacy of the film.

“It’s a lot of pressure,” Banks told Variety at Monday’s premiere of the film in Los Angeles. “It’s very scary. I’ve seen the movie with an audience, and so I know the movie works, that the audience loves it and goes along on the ride.”

“It’s really funny. I think it’s very surprising for people and that was the job,” she continued. “And so I feel like my part’s done, and now it’s out of my control, which I hate.”

Until now, Banks was completely in control of the latest entry in the 40-year-old franchise about female super spies - writing, producing, starring in and directing the film. “My first memory of the ‘Angels’ was that they were professional women and they had the most incredible job,” she recalled.

Of course, before  Barrymore, Diaz and Liu, the original Angels film had Jaclyn Smith, Kate Jackson and Cheryl Jadd and the late Farrah Fawcett.

Ella Balinska, who stars as Jane, shared how important it was to have the support of those who came before her.

“It’s an incredible legacy to build on,” Balinksa told Variety. “They inspired us to do what they do, and I guess we could turn that around and hopefully say that all the people watching this can be inspired by what we do. And if we’ve done that, then I can sleep happy.”

Noah Centineo, who plays Balinska’s love interest in the movie, also shared the importance of the film from the other end of the gender spectrum.

“To be part of a film that’s breaking the frontier of women empowerment, supporting and growing it exponentially from where the other films and the TV show left off, I mean, I’d be a fool to say no [to the role],” Centineo said. “And the 8-year-old that wanted to be an actor is over the moon… It’s the first time I’ll see myself, like, on the big screen. And just to be involved with these three extremely talented women and Elizabeth Banks, it’s just a huge, huge mile marker for me.”

Tiger Shroff's Baaghi franchise has establishing his position as the ...

Ajay Devgn confirmed to be the Face of Raid Franchise; Makers start ...

Sanjay Dutt's Close Friend Reveals his Condition and How He ...
2 hours ago
View More
TOP