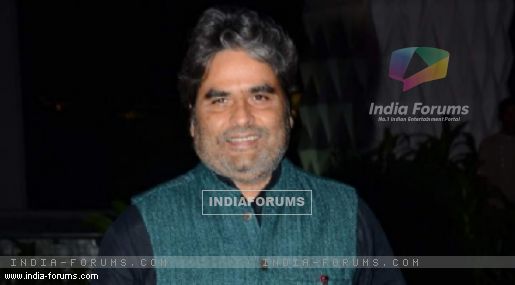 His unabashed use of abuses and rustic lingo in his films has always added to the power of his cinema. National Award winning filmmaker Vishal Bhardwaj has reacted strongly to diktats on film content, saying that the Central Board of Film Certification is behaving like the Taliban and that the body should be "chopped off".

In an interview with IANS, the multi-talented Bhardwaj - a writer, singer, composer, director and producer - spoke uninhibitedly about the curb on filmmakers' creativity.

The debate on censorship guidelines has been on for a long time, but it was a list of cuss words to be banned from films - as suggested by the CBFC under filmmaker Pahlaj Nihalani's chairmanship - that added fuel to the fire.

Bhardwaj says that while Indian films are "moving towards international recognition", the government should exercise a limit on the CBFC's power to curb the "art form" that is cinema.

Q: Do you feel that Indian cinema is getting recognised globally?

A: Yes, we are really moving towards international recognition... We are in the best of times at the moment. The line between commercial and arthouse cinema has blurred. Today we have films like 'The Lunchbox' and 'Badlapur' doing such great business... we have audience for each and every kind of film.

Q: But hasn't Bollywood become stereotypical in its scripts?

A: The whole cinema should not be called stereotyped. Stories of films like 'Badlapur' and 'Haider' are totally different and unique from what we have seen till now. In fact, we are breaking the stereotype image of our cinema.

But, if we talk about commercial cinema, that will remain stereotyped.

Q: The Indian entertainment industry has been facing a backlash for its content -- whether it's the AIB Roast, Aamir Khan's 'PK' controversy or the CBFC's announcement regarding the words that should be omitted from films. Don't you feel Indian filmmakers are being dominated?

A: It's really sad what is happening right now. The Censor Board is behaving like a Taliban. They should be censored and chopped. They censor our films, they should be chopped first. They should know their limits...it's (film is) an art form.

They should be restricted by the government, and I hope that the Information and Broadcasting Ministry realises soon that film is a form of art. They are not only about 'gaana-bajaana' and 'nautanki'. That I&B ministry has to understand...their (the censor's) scissors should be snatched away and thrown into a valley.

Q. But don't abuses in films have a negative effect on the audience?

A. Why? When you use an abuse on the road, won't that have a negative effect on you? A film is the mirror of the reality and not vice versa. A film doesn't create reality, it just reflects reality.

Either the government makes a rule that people shouldn't abuse on road. Then we will feel that the government wants to change the character of the nation. If the government really wants to make a change, then they should consider abusing behind the camera as a crime too. The society should change, not films, because filmmakers only show what all is happening in the society.

If we make a film on Kabir (poet), will people start speaking couplets on the road? If not, then how will they start abusing after watching films?

We have a culture and society where people abuse on roads...we have a style...when two friends meet, even they abuse each other...So now, are we going to make an Afghanistan out of India, or what (with the Censor Board's diktats)?