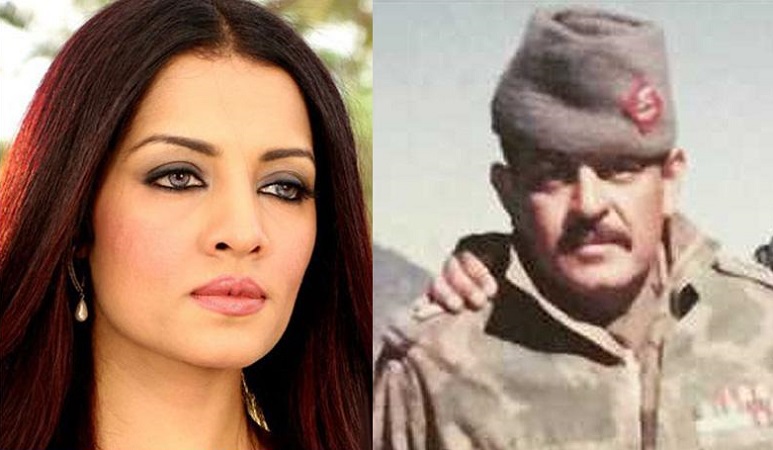 Celina Jaitly's father, Colonel Vikram Kumar Jaitley passed away due to prolonged illness. In an emotional tribute, the actress expressed her sorrow and penned down an emotional letter for her late dad saying "nothing truly prepares you for the loss of your parent".
She posted her letter on the Facebook page and titled it: 'Loss of a Loved One'.
"Nothing truly prepares you for the loss of your parent, not even prolonged illness of your loved one. You only realise once they are gone that you will never see them or hear their voice again or feel the warmth of their hugs. We always take for granted the fact that they are well & alive where ever they are and go about our lives.
Our beloved father Colonel Vikram KumarJaitly,SM left us day before yesterday at 5:23 am in the morning. One of the strongest most bravest officers of the Indian Army Infantry division, known as TIGER, served the Maneaters of 17 Kumaon, commanded the incredible infantry battalion of the Maneaters of 16 Kumaon, with 2 wound medals from multiple gunshot & shrapnel injuries in 1971 war, Sena Medal for counter terrorism insurgency, he was an expert in mountain warfare and counter terrorism studies & military law. Our father is deeply mourned by the officers and jawans of his battalions and the troops he commanded & served with on various stations. Most of all, his loss is mourned by us, my mother Meeta Jaitly, his son Supertrooper Jets his son in law Peter Haag, daughter in law Charul Chaturvedi Jaitly and his beloved grandsons Winston & Viraaj who will never hear his booming voice again. I thank the doctors who did everything to save him on behalf of my family. I thank the commanding officers of Russell's Own, Various Kumaoni battalions officers and jawans for the wonderful ceremonial send off with full military honours yesterday at MHOW ( military HQ of war) crematorium.
Papa wherever you are do send us a sign that you are fine and in the soldiers heavens where you have a very special place and always wanted to be. We hope to see you one day when you come to hold our hands for our crossing over.. until then we will miss you dearly ." I will miss you dearly Daddy Pig"!"
We pray for the departed soul to rest in peace and may the almighty grant courage to the family to bear the loss.
0 Likes

Celina Jaitly Shares The Rare Missed Opportunity of Working With The ...

exclusive
Exclusive "In terms of hard work and perseverance, I don't think ...
7 minutes ago