Recalling the incident, Celina told IANS: 'I went into the sports lounge of this hotel with a gay foreigner friend of mine for just 10 minutes. I saw a tall imposing middle-aged German guy making obscene gestures at me. At first I ignored him out of embarrassment. Then he got bolder and came up to me to tell me in German in picturesque detail what he'd like to do to me.

'He didn't know I speak German fluently. That was it. I asked the hotel's authorities to deal with the situation, since they hadn't allowed my bodyguard in. Forget about challenging the German lecher, they said they didn't know who he was! Luckily I had seen him sign his room number on his bill.'

When the posh hotel's cowardly personnel did nothing to help Celina, she left but returned the next day with three vans of cops, got the man out of his room and confronted him.

'He fell to his knees and cried and begged saying he has a wife and children back home. He should've thought of them when he treated me to such vulgar intentions. I made him write an apology and then for his family's sake decided not to press charges,' Celina told IANS.

'The worst thing was, nobody in the hotel wanted to co-operate with me in dealing with this situation. Even some of my well-wishers advised me to forget about it.

'What I want to know is, whom do these hotels cater to? Are they for us Indians? Or are all the amenities and facilities only for foreigners? Why are foreigners given such blatantly preferential treatment in these posh hotels?'

The actress decided to speak up on the matter after she heard about the humiliation of the Marathi actors who weren't allowed in because of their Kolhapuri slippers.

'This isn't the first time that such an incident has happened. Some time ago, a dress designer friend of mine requested the same hotel's security to inspect his car in the portico, as he didn't want the clothes in the car to get wet in the rain. There was an argument. They slammed the car bonnet on his hand and fractured it...

'Don't they care about people who are not foreigners? Are these high-flying places so busy making big bucks that they've forgotten basic sense of decency?' 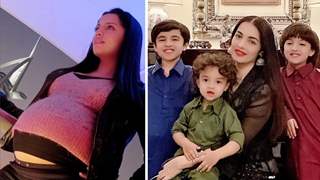 Celina Jaitly on losing a son, pregnancy challenges during father’s ...