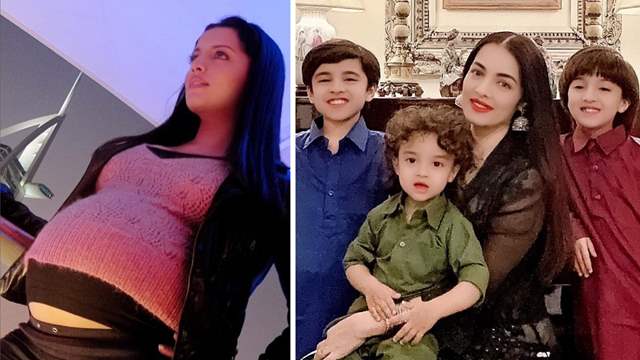 Bollywood actress Celina Jaitly opened up about the tough challenges she faced in her life, right from losing a son to her father’s demise.

On the occasion of Mother’s Day, Celina shared a lengthy Instagram post wherein she opened up about getting pregnant with twin babies twice. She shared a collage of two pictures flaunting her baby bump and wrote:

“I still remember the look on my husband @haag.peter face when our dearest Dr Braithwhite told us that we had conceived twins again in the 2nd pregnancy as well which was very unique and unusual, a one in 700-000 chance. This is a picture of both my pregnancies the first one with @winstonjhaag & @viraajjhaag and the second with @arthurjhaag & Shamsher.”

Celina tied the knot to Peter Haag in 2011 and welcomed two twin boys named Winston J Haag and Viraaj J Haag in March 2012. Celina gave birth to another set of twin boys in 2017, however, she lost one of them due to a heart defect.

In her post, the actress reveals that she was diagnosed with gestational diabetes during her pregnancy and had to be extremely careful of what she ate. During her second pregnancy, she lost her father and that took a toll on her health. She wrote:

“Due to my fathers loss in my second twin pregnancy I literally lost the ability to walk due to the shock and had to be pushed on a wheelchair by my husband Peter. Being tiny my bones were affected and the babies pressed on my heart so breathing was great difficulty.”

She also opened up about losing a son and other challenges that she had to face during that period:

“Facing the loss of baby Shamsher to a hypo plastic heart, to @arthurjhaag ending up in an incubator for 3 months as well as my mothers sudden passing following all this lead me to believe that it was “Motherhood” that made me realise the strength I never thought I had or was capable of.”

Celina concluded her post by lauding her own mother and the sacrifices she made to raise her two kids as an infantry officer’s wife.

Celina Jaitly made her acting debut in 2003 with Janasheen, and went on to do films like Thank You, No Entry, Apna Sapna Money Money. She was last seen in a short film titled Season’s Greetings.