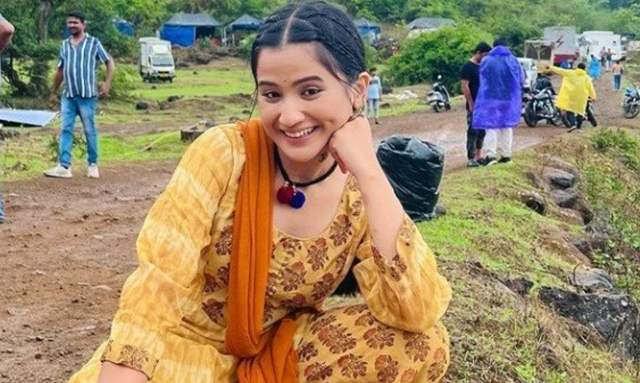 As the maker, Bits and Bots Media have recently launched the highly anticipated show 'Rajjo' with a maha aarti for lord Shiva on the auspicious occasion of Shravan, the show seemed to attract all the blessings. While the show has been themed around a unique concept, the lead Celesti Bairagey has to go through a tough but exciting time while performing some high intensity stunts but the actress stood strong on her dedication.

The female protagonist Celesti was shooting for 'Rajjo' in Himachal where she had shot some high-octane actions scene for the show. Be it Scuba diving or jumping or running on the hills at 2° Celsius, the actress truly came across a challenging time while shooting for the serial. But as she is someone who loves what she is doing, she enjoyed doing the stunts and it looks amazing on screen. She also got hurt while doing these stunts but the dedicated and passionate actress did them all on her own without the help of any body-double.

While sharing her experience of doing these high-octane stunts Celesti shared, "It was a thrilling experience for me to perform such tough stunts. It's the first time, I attempted to do such a tough schedule. But since it's all a part of my work, I enjoyed doing it and decided to do it on my own without taking help from a body-double or stuntman. I am eagerly waiting for audience reaction, hope they will like it".