Amitabh Bachchan will turn 78 on Sunday (October 11). The megastar is an inspiration to many and has set a benchmark with his professionalism and dedication towards his work. So, on his big day, here are a few celebrities wishing the "Shahenshah" in their special way. Read on:

I am a big fan of Shri Amitabh Bachchan. Not only is he a great actor but he has always set good examples of professionalism and hard work. He is a well-read and well-spoken man and is always updated with current affairs. Whatever I have heard of him from the people in the industry, about his punctuality, his approach towards every scene, and his dedication at this age is so inspiring as an actor. He was down with COVID and all his fans were praying for him and we all knew that the fighter will be back in good health. He is a man with great will power and looks at him hosting KBC now with the same aura, charisma. No one can beat him. He is, in the true sense, the Shahenshah as he rules our hearts for decades.

The quality and variation that Bachchan Sahab carries in his craft and acting skills are amazing. He maintained his consistency but along with that, he played different patterns, different characters, and different roles. I have got a chance to share the same stage with him twice and both the times I have seen something new in him like some new energy and enthusiasm. After he returned recovered from COVID he wrote a poem 'Lautna Padta hai', it is amazing. His attitude and approach to life is like that. No one can replace Bachchan Sahab in the Bollywood industry. I am very happy and fortunate that I have got a chance to work with him, I feel so good. Will always pray for his health. And yes he is the Shahenshah and he will always be. My favourite films would be 'Sholay', 'Hum', 'Laawaris' and in recent times it would be 'Pink'. 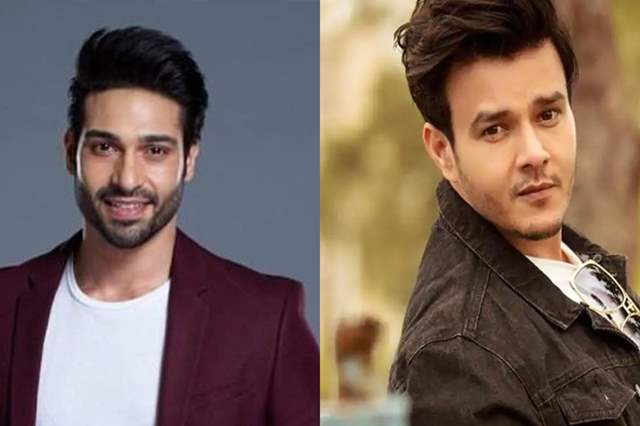 My all-time favourite is his recital of his dad's poem especially Agneepath. What inspires me most about his journey is that he has faced setbacks so many times in his life, personally and professionally, but due to his right approach towards life and his career he has soared to never-ending heights of unreal success. Jeet ka dusra naam hi Shri Amitabh Bachan hain. I wish him a very happy 78th birthday.

To say Amitabh Bachahn sir is an epitome of Indian cinema is an understatement. He is an iconic personality and a great actor who has inspired so many other actors and people to do better in life and keep working on your craft no matter how big you become. I have heard that he never takes his work for granted and he suggests directors to take retakes of him so that he can get better with every take. The way he is so dedicated even at this age, he is the only superstar of his age now to be so active and working. The actor in him is always hungry, which is such a great thing to learn. Being such a huge star he is still so grounded and modest. Even if I achieve 10 percent of what he has achieved my life would be complete and dreams fulfilled. He is so enthusiastic about his craft and it's so inspiring. He is a warrior who fought COVID so bravely and is back on the set. Hats off to his never giving up attitude. My favourite film of him is 'Deewaar' and 'Sholay', but I have watched and loved all his films. 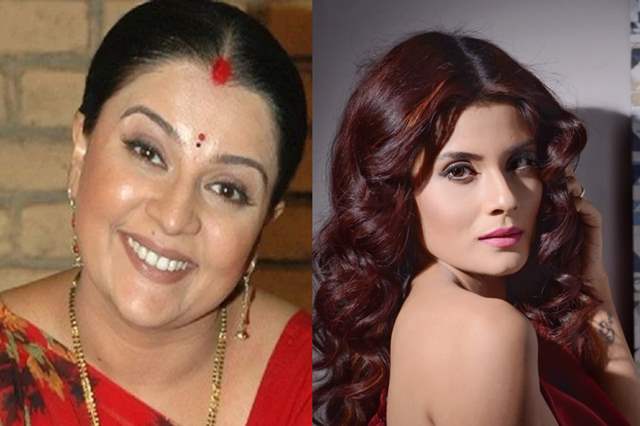 I would like to wish Amitabh Bachchan sir a happy 78th birthday. He is the king of Bollywood and I can't describe him in words. I just admire him a lot, he is an inspiration for all of us. I just want to be like him, he is so talented and dedicated. I want to keep working like him whatever age I am at. I don't think I can name just one movie of his as my favourite. From 'Sholay' to 'Deewaar' and 'Piku', I have loved all his movies. I just wish to meet him once.

The love and reverence for Bachchan Sahab has come down to me from my dad. He was a huge fan and I think when I was six-seven years old he made me watch 'Sholay' and he said this film is the greatest movie of all time. And I have been in love with Bachchan Sahab ever since. His personality, the way he talks, his body language, everything is just perfect. He is the first angry young man and I was fortunate enough to become Bachchan Sahab for a day in my show 'Shakti...'. As we all know during the shoot of 'Coolie' he fought with death, so I don’t think COVID or any other disease can slow him down. I just wish all the health, luck, and more Umar to Bachchan Sahab and would love to continue watching him for many years to come. My favourite film of his is 'Deewaar', I have seen it 12 to 13 times it’s just amazing every scene, every shot, just inspires me. 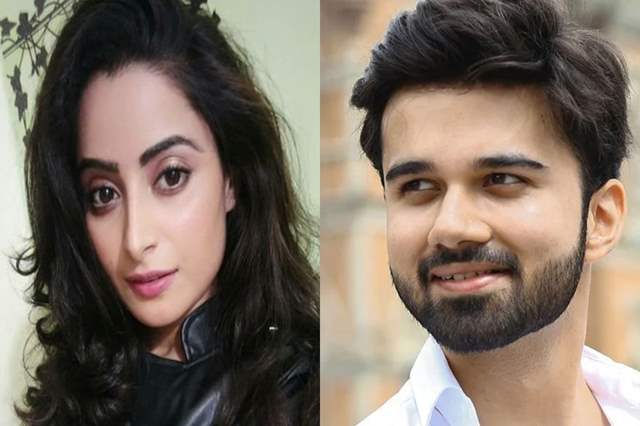 Everyone in the industry knows that Big B is one of the finest actors we have ever seen. His dedication and passion have been the driving force for a lot of new and budding actors. I feel inspired by Amit sir. He’s turning 78 and he’s made such a huge name for himself but he is still extremely driven and hardworking and for that, I can say I’m a huge fan. I want to wish him good health and a lot of happiness and love on his 78th Birthday. Very happy birthday to the Bollywood’s Shahenshah.

Firstly, as an outsider, he made a name for himself in the industry all by himself which is a great thing. Initially, his films were not successful and he had to go through many ups and downs but he never gave up. And today, as we all know he is one of the biggest stars in the industry. I look up to him for everything he has done in life. He is one of the biggest inspirations. His voice, diction, and his presentation are the greatest takeaways. 'Deewaar' and 'Amar Akbar Anthony' are my most favourite films of his. Wisdom almost always comes along with aging, and I can see that is true for Amitabh Ji, enjoy your day sir, Happy birthday to you. 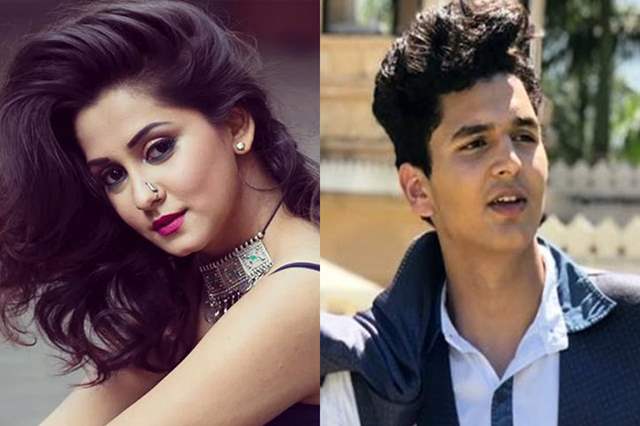 I remember reading an article when he was doing 'Black', that he would be the first one to come on the set and would sit in the coat, woolen cap, and muffler throughout the day just to get into the skin of the character. I have learned punctuality from the veteran actor and also to spend the maximum time on the set rather than the vanity room. His 'Sholay' and 'Do Aur Do Paanch' are amazing. On his birthday, I want to wish him the best of health. More power to you sir.

Mr. Amitabh Bachchan is not just an actor, he is an institution of acting. As an actor, you can learn a lot by just watching his films. I have been a big fan of him since childhood and on his 78th birthday, I would love to wish him a very happy birthday and good health and prosperity. I loved his movie 'Baghban', I can watch it even 100 times. 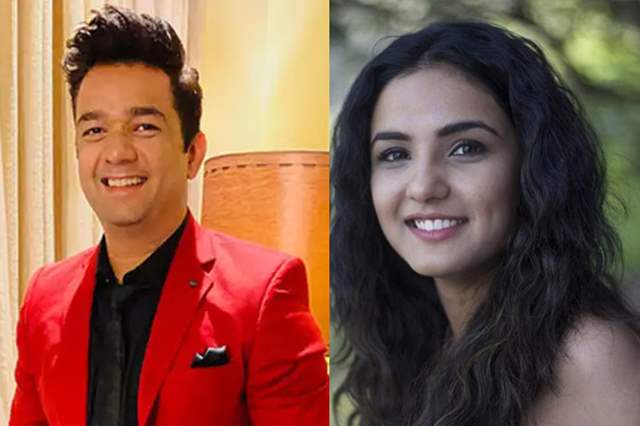 More than as an actor, I am in awe of Bachchan Saab's passionate persona and never give up spirit. The way he bounced back after the ABCL debacle is truly inspirational. And I have learned one thing from his life journey that never be ashamed to ask for work and never treat any work as big or small. Respect your work and do everything with all your heart. One of my fondest childhood memory is watching his film 'Mr. Natawarlal' and 'Satte Pe Satta'. I would love to wish him personally but for now, I will just pray for his health, and may his spirit never fade away.

Amitabh Bachchan is one of the greatest actors of Indian cinema. For me, he is an institution in himself. A phenomenon that I can easily say is the past, present, and future of our film and TV industry. He is the reason I became an actor and I know for sure I’m not alone to admit that. I can say it with a guarantee that no one else, other than him, has seen super stardom three times in his lifetime. The first time was, before his life-threatening accident in 'Coolie', then after his comeback with films like 'Hum', 'Agneepath', 'Khuda Gawah' and the list goes on. Then, the third time with KBC, it revolutionized television. I still can’t get over with the climax scene from 'Khuda Gawah' where he meets Sridevi. I must have seen that scene 1000 times and I have decided to give a tribute to his character Baadsha Khan. I’m coming up with a new restaurant in my hotel by the name BADSHAA. I think it will be one of a kind of place, dedicated to him and one of my favourite characters played by him. I had planned to launch it on his birthday but unfortunately, it got delayed. 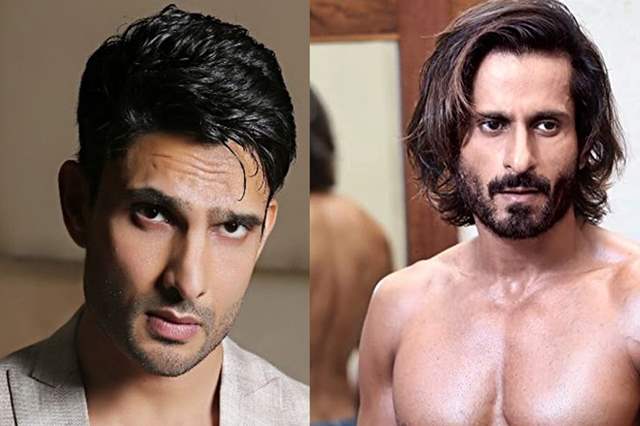 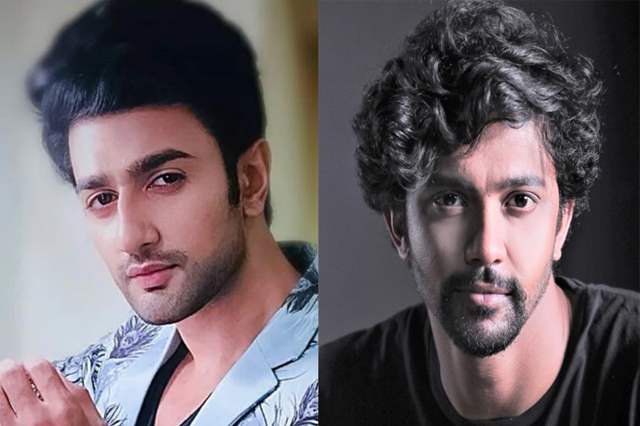 He's my idol and I worship him. 'Zanjeer', 'Agneepath' and 'Coolie' are just some of his masterpieces. I hope I can learn more from him. His talent, discipline, dedication, and positive zeal are just so motivating. He's had many downfalls in his career but he has always come back stronger than before. He deserves all the awards and accolades. He's an international superstar and I can't imagine the Indian film industry without Shahenshah himself. Wishing him a very happy birthday.

The biggest star of Bollywood, Amitabh Bachchan, is a true example that age doesn’t matter, but your work does. I would like to wish to sir a very happy birthday and just like everyone else, even I will pray for his health so that he keeps entertaining us and inspiring us. I feel his discipline towards work is what makes him different. He values time and respects others' time too. From playing an angry young man to a romantic hero, there isn't anything that he has not done. The challenges he takes to create and explore new characters is unbelievable. I’m glad sir is fine and back from COVID and is shooting for KBC. He has an unbelievable dedication towards his work even at this age too. This gives motivation to all the young inspirational artists to fight and work harder. There are a lot of films of his that I love, but I think 'Agneepath' would be my first love. I loved his performance in 'Piku' and 'Paa' too.

Jasmin Bhasin and other television actors speak up on the big ...